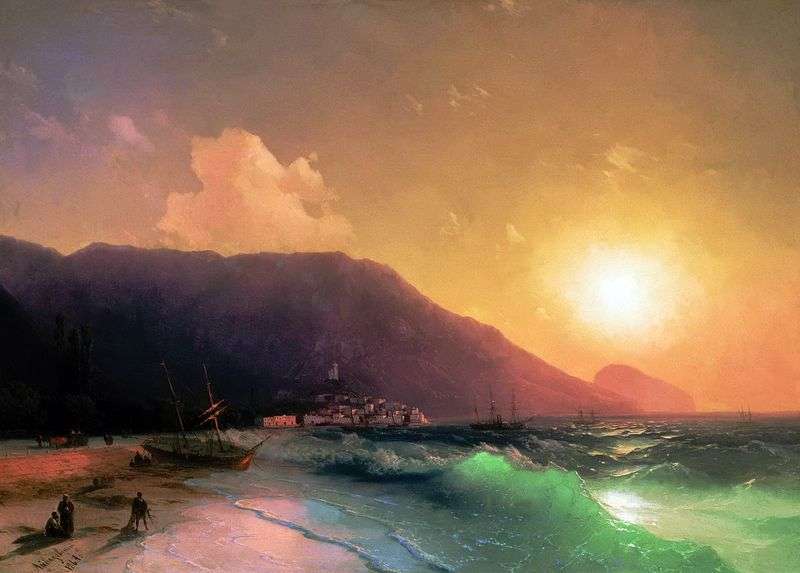 The sea has always had a tremendous appeal for artists. There is not a single Russian painter who, after visiting the sea, did not try to portray him. Some of them had episodic sketches, not related to the main course of development of their art, others from time to time returned to this topic, giving considerable place to portraying the sea in their paintings. Among the artists of the Russian school, only Aivazovsky entirely gave his great talent for marinistic painting. By nature, he was endowed with a brilliant talent, quickly developed due to happily established circumstances and thanks to the environment in which his childhood and youth flowed.

Aivazovsky had a long creative experience, and therefore, when he wrote his paintings, technical difficulties did not arise in his way, and his picturesque images arose on the canvas in all the wholeness and freshness of the original artistic design.

For him there were no secrets in how to write, what method to convey the movement of the wave, its transparency, how to portray a light, scattered network of falling foam on the bends of the waves. He perfectly knew how to convey the wave rolling on the sandy shore so that the viewer could see coastal sand shining through the foamy water. He knew a lot of techniques for depicting waves crashing against the coastal rocks.

Finally, he deeply comprehended the various states of the air environment, the movement of clouds and clouds. All this helped him to brilliantly embody his picturesque plans and create bright, artistically performed works.