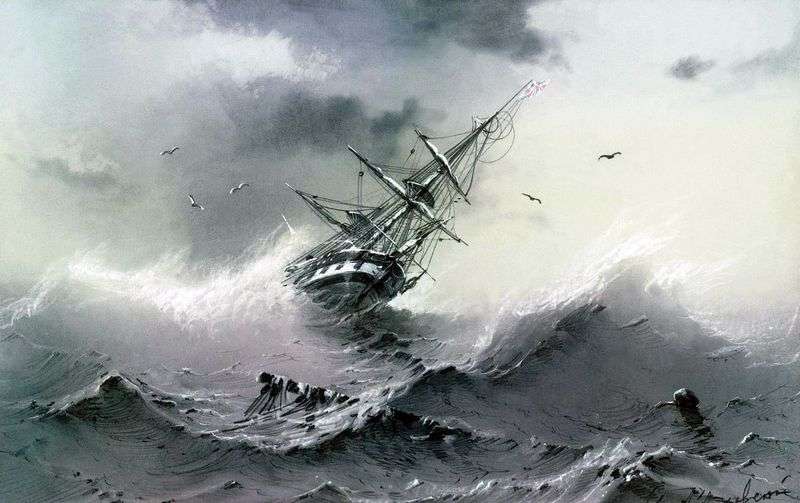 The gray-ultramarine palette of an overcast, stormy day breaks into a reality with a splash of shaggy waves. A critically tilted ship rushes toward us, but we understand that in the eyes of the team – sharp reefs that have already destroyed more than one ship. The remains of the ship ahead are visible in the foreground of the picture.

Ragged sails on the broken mast merge with the blue-and-steel waves. Does the same fate await the ship under the desperately tearing flag? This flag is the only color detail on Aivazovsky’s pencil drawing “Sinking Ship”. This color bar symbolizes a tiny chance of hope amid the riot of the elements. All the rest is monochrome – yellow-gray sky, graphite black clouds, leaden sea and even the silhouette of the ship. This picture is pervasively emotional. It seems that the cries of seagulls and the rumbling of boiling waves burst into reality.

The sea element rebels, bubbles, uplifts the trees. The wind tears the foam into shreds and drives the ship to the coastal rocks. From the picture it blows cold, and it seems that splashes come to us. Incredible sensation of presence – as if a window was opened into the world where a merciless storm dominates the destiny of man.