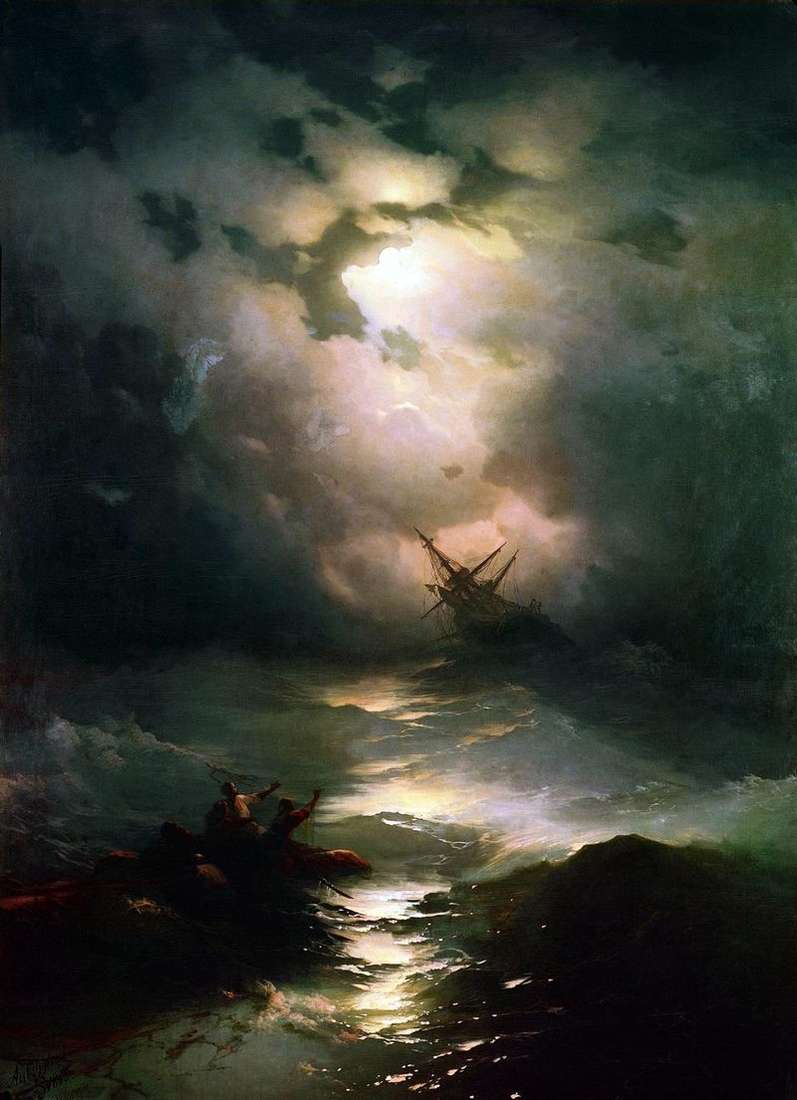 This large picture was made by the artist in a very short time. He wrote it for five days. According to the master’s own admission, the work was created on a high creative uplift, which he experienced while writing his best works.

The plot is very simple – to show a night shipwreck on the high seas. On the general background of the painting, the artist captured storm-torn clouds that had been torn apart by the wind. Through them a full moon glimpsed at the top of the composition and its light lit up the raging waves, the ship dying in the distance and a group of exhausted people on the wreckage of the masts that barely keep on the raging waves.

Dal’s paintings are illuminated by phosphoric moonlight, in which the outlines of the waves are barely discernible. At the horizon the sky is merged with the sea. Closer to the foreground there are two huge waves, between which lay the moonlit path.

The artist tried to convey the feeling of a terrible storm on the sea, the fierce gusts of a storm wind, blows of huge waves. At the time of writing this canvas, Aivazovsky clearly represented the picture already completed, so he knew perfectly well what a mixture of colors, how to move the brush the desired effect, while maintaining the sharpness and clarity of feelings and sensations.

Speed – an indispensable guarantee of success in improvisation – was necessary to him. The slightest delay could prevent the embodiment of the painting of the storm, which stood distinctly in his imagination, in the picturesque forms, and he hastened to write until his inner vision faded.