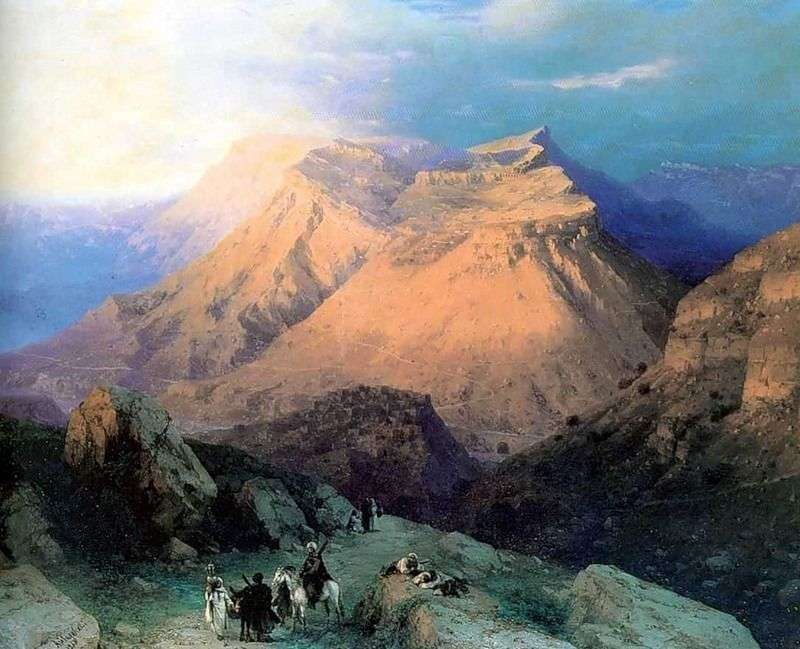 In the 1860s, Aivazovsky expanded the subject of his work, referring to “land” stories. This step was not unexpected. Just at this time, accusing him of being able to write only “waves” became a common place, and the artist had to prove that his talent was completely universal. The question is whether it was proved? From under his brush came a few good Ukrainian landscapes – such as “Windmills in the Ukrainian steppe at sunset,” in 1862. The Ukrainian steppe has long fascinated the painter, this love is seen in the works mentioned.

In them, the spectator will discover the best features inherent in the seascapes of Aivazovsky: the virtuoso construction of the perspective, the transparency and refinement of the palette, the romantic excitement. And yet – these images are clearly inferior to the images of the sea created by him. In 1868 Aivazovsky undertook a trip to the Caucasus, also reflected in several of his canvases, in particular, in the work “Aul Gunib in Dagestan: View from the East”, 1869. And here the echo of romanticism sounds quite clear. This is quite natural, if one does not forget that the birth of romanticism in Russian culture is generally connected with the Caucasus.