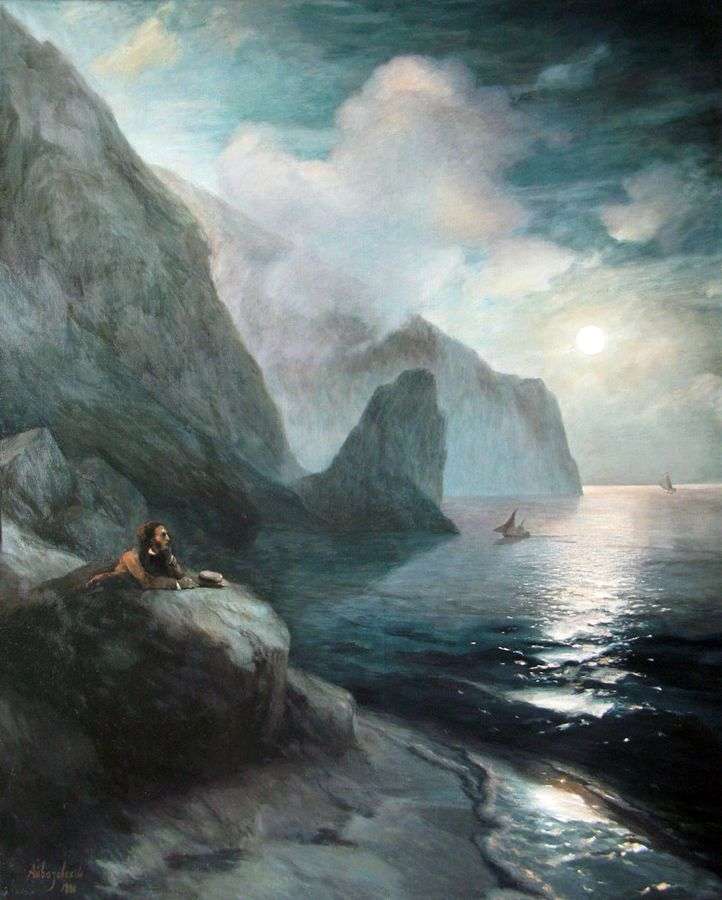 Aivazovsky had his own system of creative work. “The painter, only copying nature,” he said, “becomes her slave… Movements of living elements are imperceptible for the brush: to write lightning, a gust of wind, a splash of the wave – unthinkable from nature… The artist must remember them… The plot of the pictures is composed in my memory, like a poet, having sketched a piece of paper, I start to work and until then I do not leave the canvas until I express myself on it with a brush… “

Comparison of the methods of work of the artist and poet is not accidental. The formation of Aivazovsky’s creative work was greatly influenced by Pushkin’s poetry; therefore, often before the pictures of Aivazovsky, Pushkin’s stanzas appear in our memory. Creative imagination of Aivazovsky in the process of work was not constrained by anything. Creating his works, he relied only on his own, really extraordinary, visual memory and poetic imagination.

Aivazovsky all his life admired the talent of the greatest Russian poet, having dedicated to him a whole cycle of paintings. Pushkin’s painting in the Crimea near the Gurzuf rocks was written in 1899, and before that, in 1887, in the year of the fiftieth anniversary of the death of Alexander Pushkin, two remarkable paintings were created Pushkin on the Black Sea shore and Pushkin’s Farewell with the Black Sea.