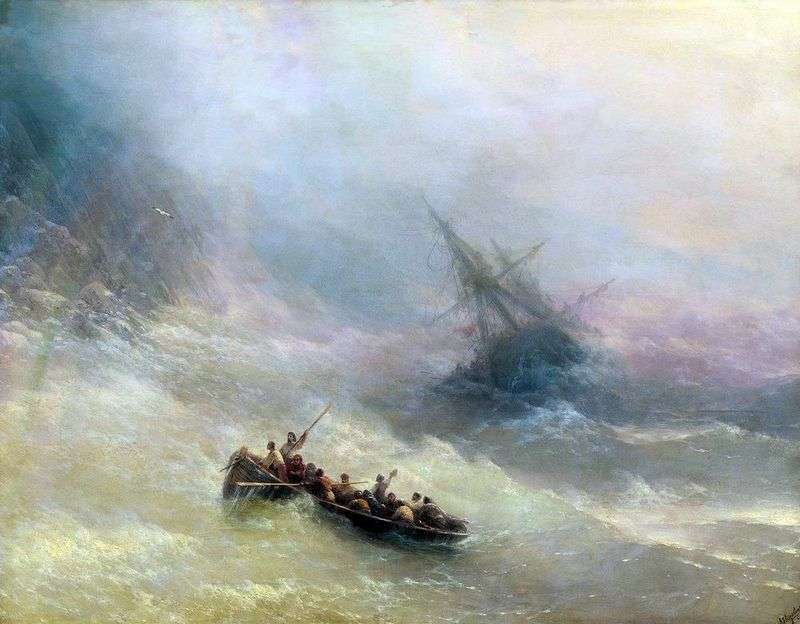 Beginning in the 1860s, the “improvisational” style of Aivazovsky’s writing, not “copying” the world from nature, but as if recalling and even composing it, came into conflict with the latest trends in the then Russian painting, the expression of which was the organization at the turn of the 1860s, 70-ies of the Association of Traveling Art Exhibitions.

Peredvizhniki professed a hard realism, romantically-worried canvases preferring socially significant works. At the same time, critics loudly began to talk about the fact that Aivazovsky’s talent had dried up, that he was repeating himself and, in general, could not write anything but waves. The answer to these accusations was the painting “Rainbow”, which marked a new stage in the artist’s work.

On the one hand, we have another “shipwreck” by Aivazovsky. But, on the other hand, it is not at all like its former shipwreck and storm. Not refusing his own principles, he in this work greatly modernizes them – especially noticeable in the color scheme of the canvas.

The former “exaggerated” colors give way to a more restrained and at the same time more finely designed color. The smaller “inventiveness”, the pedaling “realism” – this is an obvious replica of the artist in a dialogue with the present. Although romantic tension remains a characteristic feature of this work.