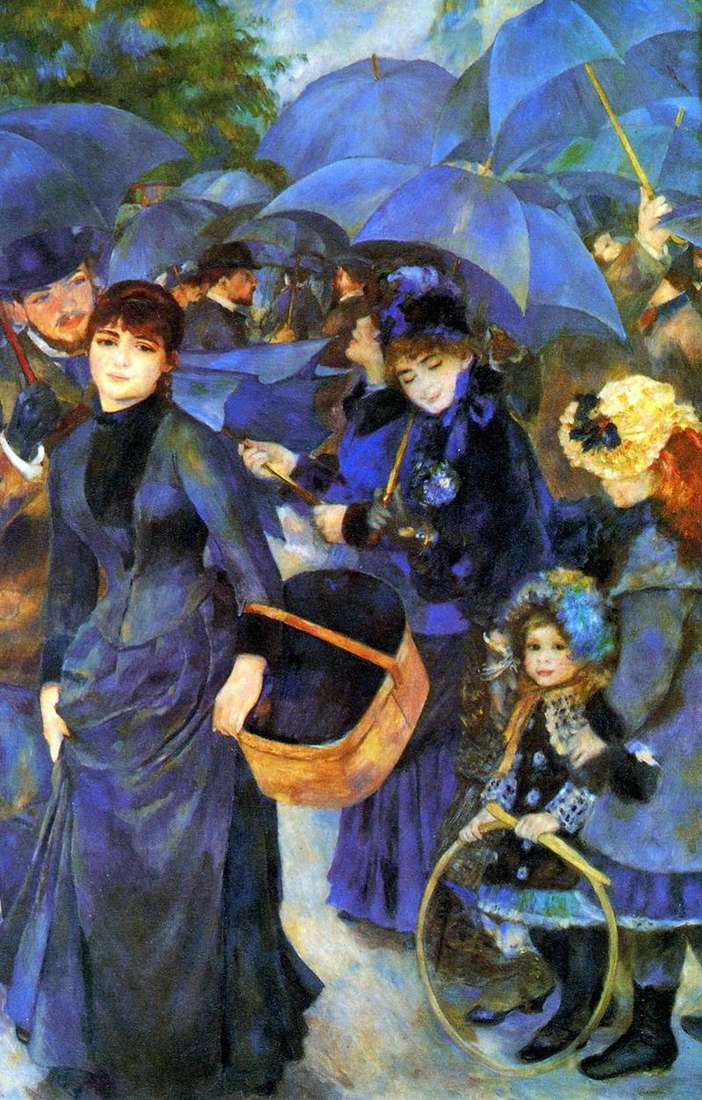 The talented French painter Auguste Renoir worked for several years on the famous painting “Umbrellas”. Work began in late 1881 and was completed only in 1886. Rain. Paris. Umbrellas. On the one hand – the fuss, hustle, accumulation of umbrellas, on the other hand the charm and allure of the plot.

The picture looks the same breath, there is no complicated and convoluted story that would make thinking and thinking in the spirit of the time. It’s simple and easy. The painting depicts four heroes, each of which carries a history of the world. Young mother turned to call to his children. She is wearing fashionable and stylish in the spirit of 1881.

Young woman on the left looks tired, she returns home after a hard day, she is dressed in the spirit of 1886. This time difference affects the long work on this piece. In the center is a snub-nosed girl who looks a questioning look at the sky, the rain ended. Little girl is charming, her peculiar childish innocence and innocence. The picture accurately depicts the fashion of those times, with different classes.

Renoir long studied the styles of dresses to as accurately as possible to convey their style and fashion. The artist used a different style for writing characters. Two girls standing on the right, written by soft, flowing movements of the brush, in the spirit of Impressionism, but the characters are written on the left more firm and resolute hand. Despite these differences, the picture looks harmonious and natural, fully in line with the era of the time.

The plot has a special charm that is characteristic of the pen master, it makes it stand out compared to other no less famous artists. The painting is in the National Museum in London, anyone can get pleasure from meeting her.