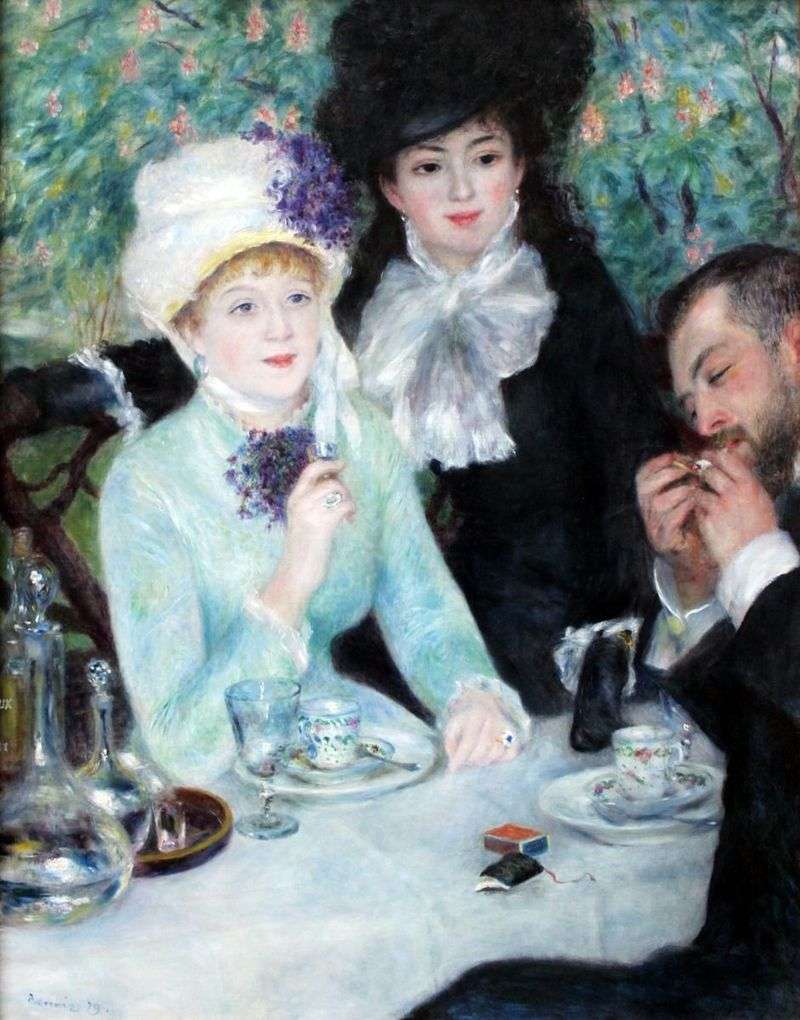 The painting “After Breakfast” depicts the usual household scene. In the works of the Impressionists there is practically no social criticism. The artists of this direction tried to capture short moments of being on their canvases, similar to photographers. Plots for them were secondary and actively scooped from everyday life.

The artwork resembled a separate frame, a fragment of the moving world. That is why all its parts became equal and equally participated in the figurative construction of the work. At the same time, a plot randomness and lack of balance in the composition, bold sections of figures, unusual complex angles appeared – this helped to activate the space, give it complexity and depth.

At the table, among the greenery, sit two women. One of them settled on the armrest of the sofa, leaning on the seat. She is wearing a dark dress, her graceful hands hide black translucent thin gloves. Against her background, the second girl, dressed in a light outfit, looks more refined and elegant.

Natural fragility highlights the bouquet of small purple flowers on the hat. Exactly the same clamped in her hand. The figure of a man smoking a cigarette, as if accidentally cut off, to focus attention on the girls. Renoir admires his heroines and, as if playing, emphasizes the difference between them: dark and light, seriousness and naivety, fatal passion and purity… Such polar characteristics can be given to these two women.