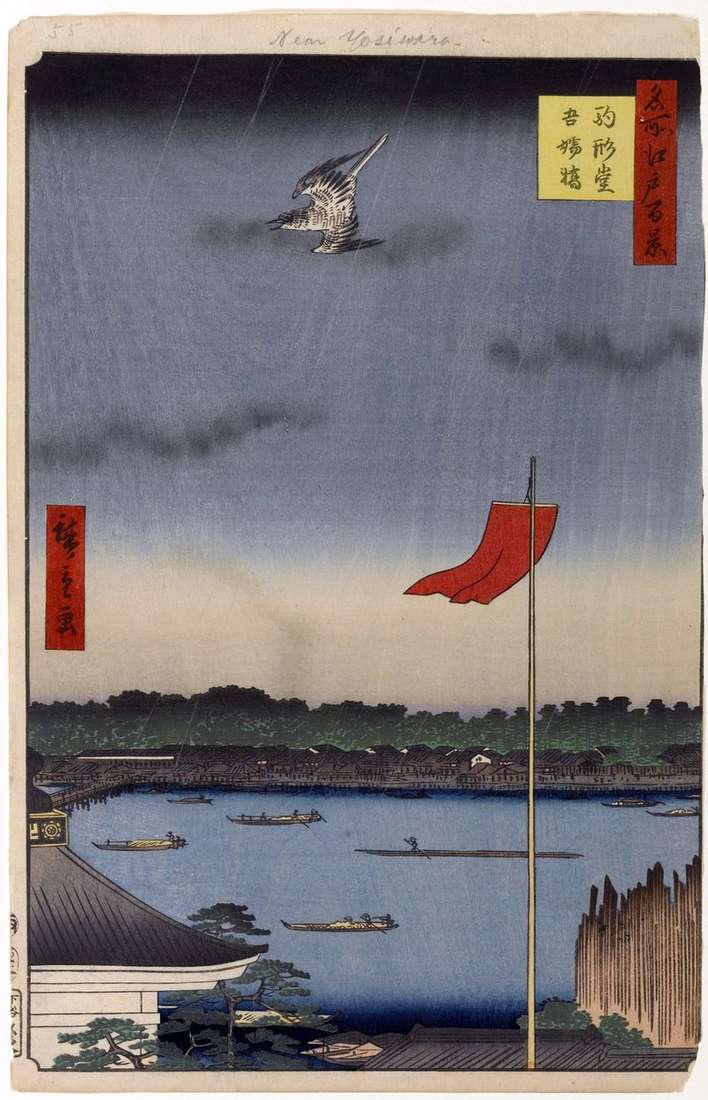 The engraving offers a view of the Sumidagawa River from the Komakatado temple, the curved roof of which and the wall, covered with white plaster, occupy the left lower plane of the engraving. Komakatado was built in the middle of the XVII century, at the end of the same century it burnt down, but was rebuilt in 1692. The temple is dedicated to the Bodhisattva Kannon Bosacu.

The main deity – the chondzon of the temple was the image of Bodhisattva Bato-Kannon with a horse’s head. It was considered a patron of travelers and horses. Probably, therefore the temple was called Komakatado. The temple had many shops selling wood, as shown in the engraving on the right. The temple was surrounded by shops, shops, restaurants. In the dark sky, a red flag stands out as a bright spot, which belongs to the perfumery shop “Benia Hyakusuke”. From the temple you can see the Khondze area and the Azumabashi bridge. In the sky, covered with clouds, the cuckoo-hototogis hovers.

Among the contemporaries of Hiroshige, she evoked associations with a famous poem about the Komakatado temple and the cuckoo written by a geisha from the Yesivara quarter, yearning for the beloved. In the original version, the sky in the engraving is dark blue, stormy with stripes of rain. In a later version, it lights up at the horizon, gradually turning into a dark strip of boccas. The color of the rectangular cartouche also changes.