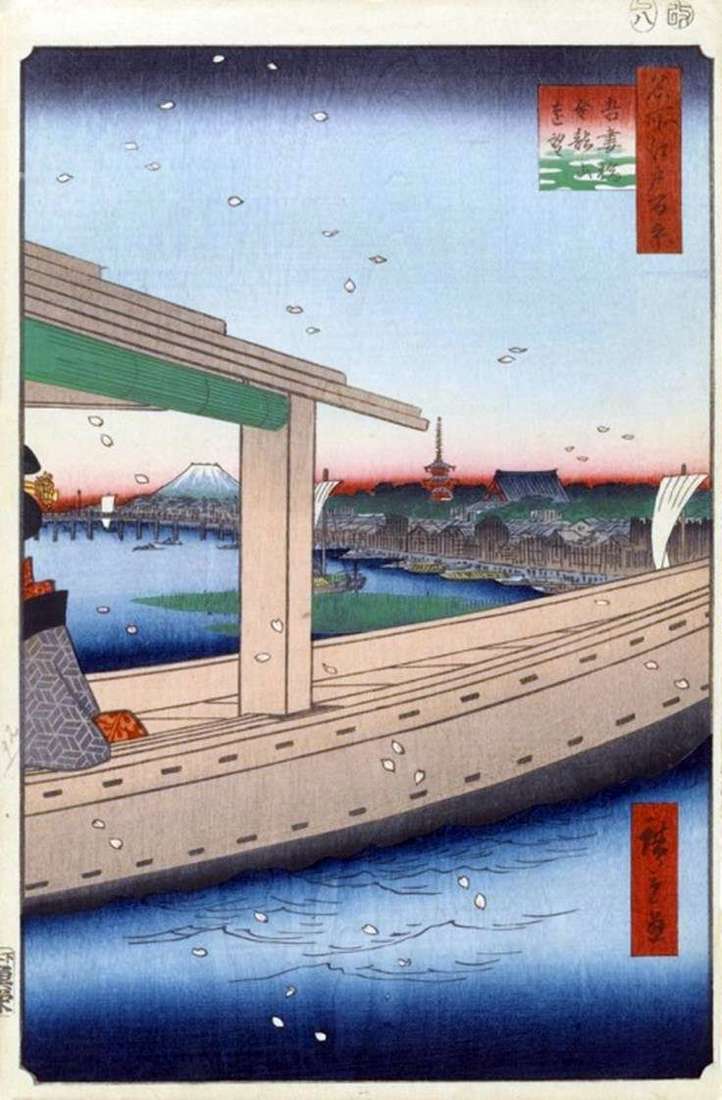 The monastery Kinryudzan – the Mountain of the Golden Dragon – is known in another reading as Asakusa-dera. The five-story pagoda and the massive hondo building, painted in red, are depicted by Hiroshige in the background of the engraving on the right. In the foreground – a part of the covered promenade of yanebune. Usually, in the boats of a similar plan, the geisha were entertained by the guests: they brought wine and snacks to them, played the shamisen, sang songs, the figure of one of them was cut off by the left edge of the sheet. Probably, the boat goes to the canal of Sanyabori leading to Yesivara.

The starting point was Sumidagawa, a part of Mukojima, famous for its cherry trees, planted by Shogun Yoshimune. This was one of the favorite places of the townspeople admiring the blossoming cherry blossom. Sakura petals spinning in the air, flying from trees growing on the banks of Sumidagawa. Through the raised curtains of the boat, the Azuma Bridge is visible, over which Fujiyama rises. In this engraving, the later version is colorfully redesigned. Changes touched the color of the boat. From yellow it became light brown. Significantly redesigned color of oxen. It is dense blue with dark stripes in the foreground and near the sides of the boat.