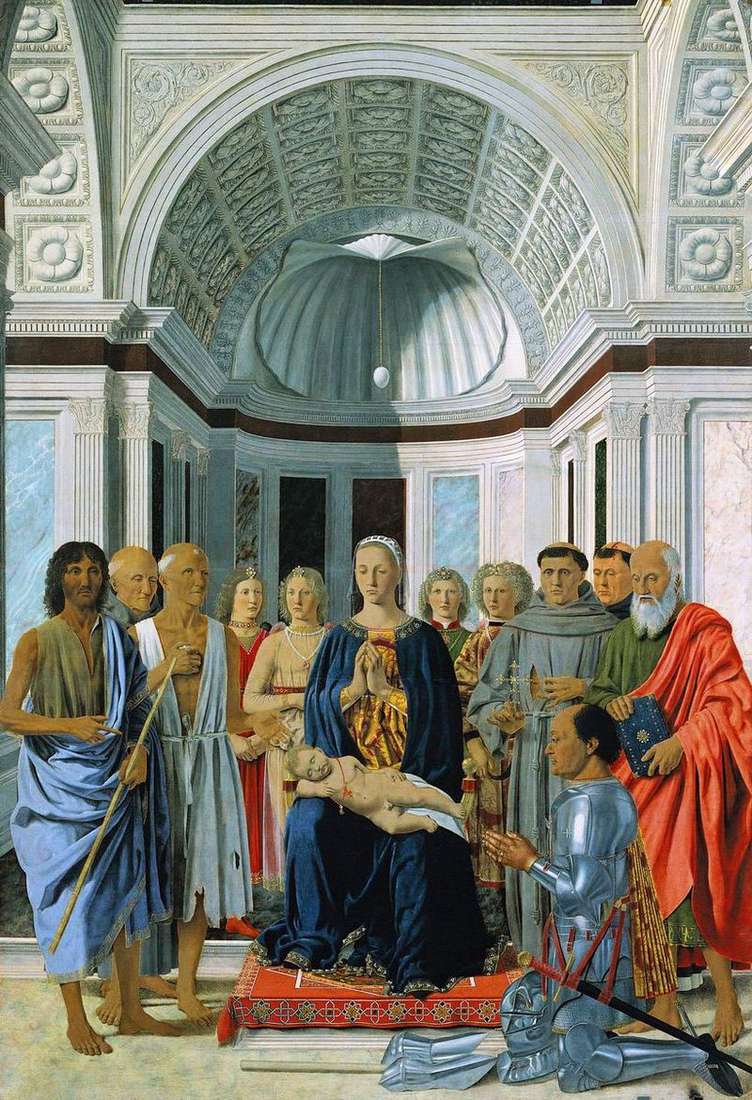 The altar of Montefeltro, also written by order of Federigo da Montefeltro, a requiem in honor of his deceased wife, is in the Pinacotheque of Brera, Milan. It is believed that Federico ordered this painting in honor of the birth of the heir to the throne of Gvidobaldo, which was soon followed by the death of his wife Battista Sforza and this altarpiece, wanted to protect all his family. Restoration and recent studies showed that the original size of the painting was reduced, and the artist intended to include more architecture and space in the composition, making it more airy.

In the center of the Madonna on the throne with the sleeping Jesus, then from left to right: John the Baptist, St. Bernardine, St. Jerome, St. Francis, St. Peter the Martyr and John the Theologian. Behind them, the archangels, and in front kneeling Federico da Montefeltro himself. Now it is difficult to unravel all possible allegories in this picture, such as an ostrich egg symbolizing immaculate conception, a new life, is also the emblem of the genus Montefeltro, the sleeping Jesus in the arms of the Madonna is both a symbol of motherhood and a symbol of death, which further confirms the possible mourning shade of this work.