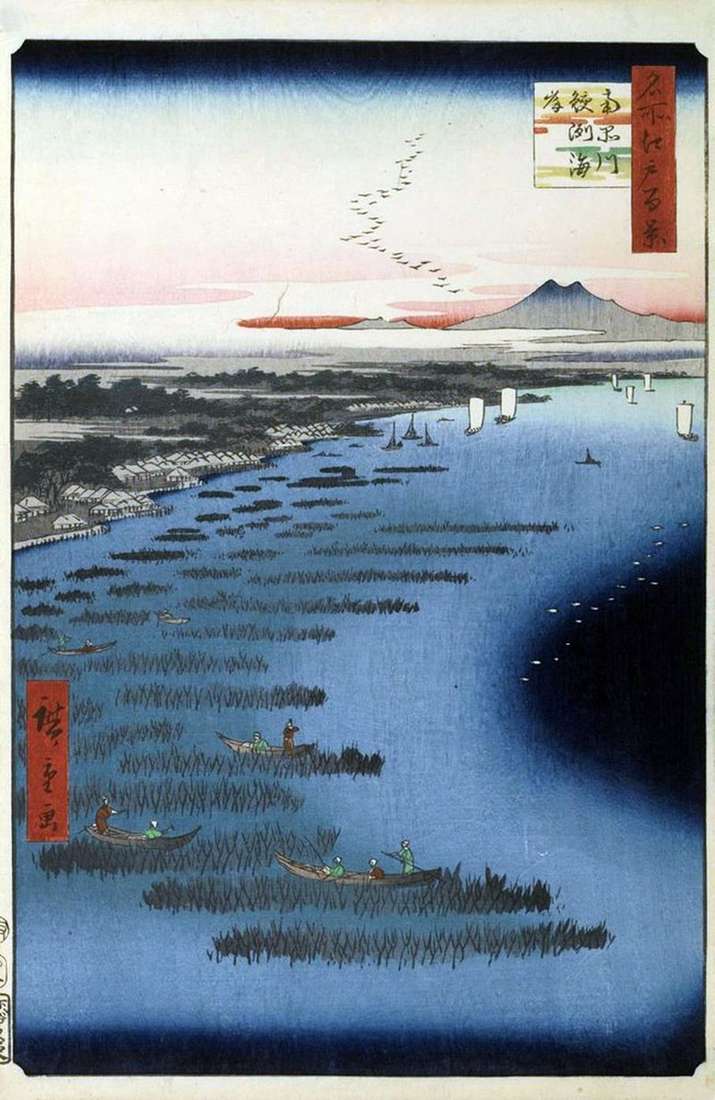 Before the spectator unfolds a wide panorama of the Edo Gulf from Sinagawa station to the mouth of the Takikawa River, visible from a bird’s eye view, with the exception of boats with fishermen in the foreground on the left. The composition ends with a double-headed Tsukubayama. The second sailboat on the left shows the area of Sinagawa. Below its southern part, the coast of Samadzu began, which means “Shark Shoal”. The name is associated with the ancient legend of a fisherman who caught a shark, in whose belly he discovered a sculpture of the Bodhisattva Kannon.

Subsequently, near the place where the shark was caught, the Buddhist monastery of Kayanji was founded. Its buildings are barely visible in the engraving on the left, behind a bunch of dark trees. In the west of Samadzu, the Tokaido road passed. But most of all the area was known for its plantations of edible seaweed – nori. In the bottom of the shallows, long tree trunks were stuck, which then entangled the algae. Harvest was harvested in winter, as shown in the engraving on the left. The band of bokasi in the late engraving passes on the right, strengthening the bend of the river. The top of the Tsukubayama mountain is blue. Stylized clouds on the horizon become white-gray, in the early version they were yellow.