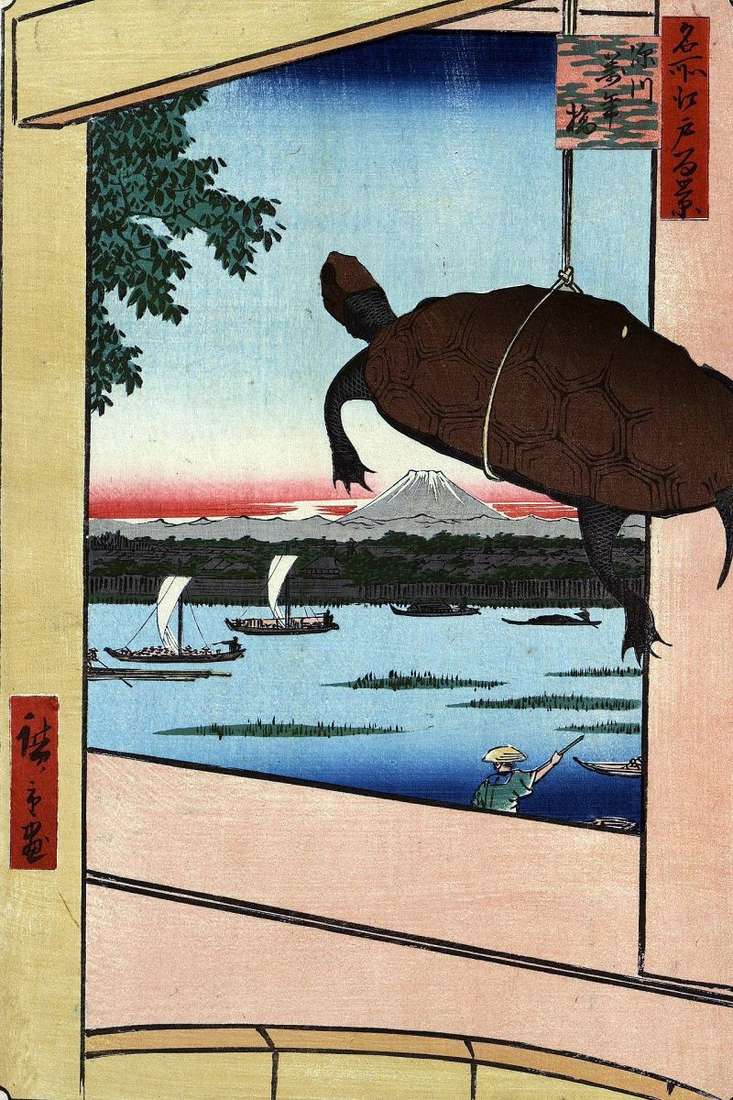 “Fukagawa” is the name of the area on the southeast edge of Edo. At the junction of the Onagigawa Canal with the Sumidagawa River stood a bridge called Mannenbashi, which means “100,000 years” or “longevity”. In mid-July, Japan celebrated the holiday of liberation. It was of Buddhist origin, but was also seen in Shinto temples.

On this day, liberated birds, fish and turtles. They were sold on the banks of rivers, including Mannenbashi, as shown in the engraving. This was a certain pattern, because the turtle was considered a symbol of longevity. In this engraving, Hiroshige uses the method of comparing plans. The figure of the turtle occupies the foreground of the leaf, contrasting with the landscape. Supports and handrails of the bridge serve as a kind of frame for engraving, through which you can see the Sumidagawa River, daimyo mansions, Tanzawa Mountain and towering above Fuji.

The landscape is imbued with peace, balance and harmony. The dark gray color of the frame on the right in the later version, increases the depth of space in the engraving. The color of the square cartouche also changes. The second plan of the engraving becomes darker and is highlighted by a blue stripe near the water’s edge.