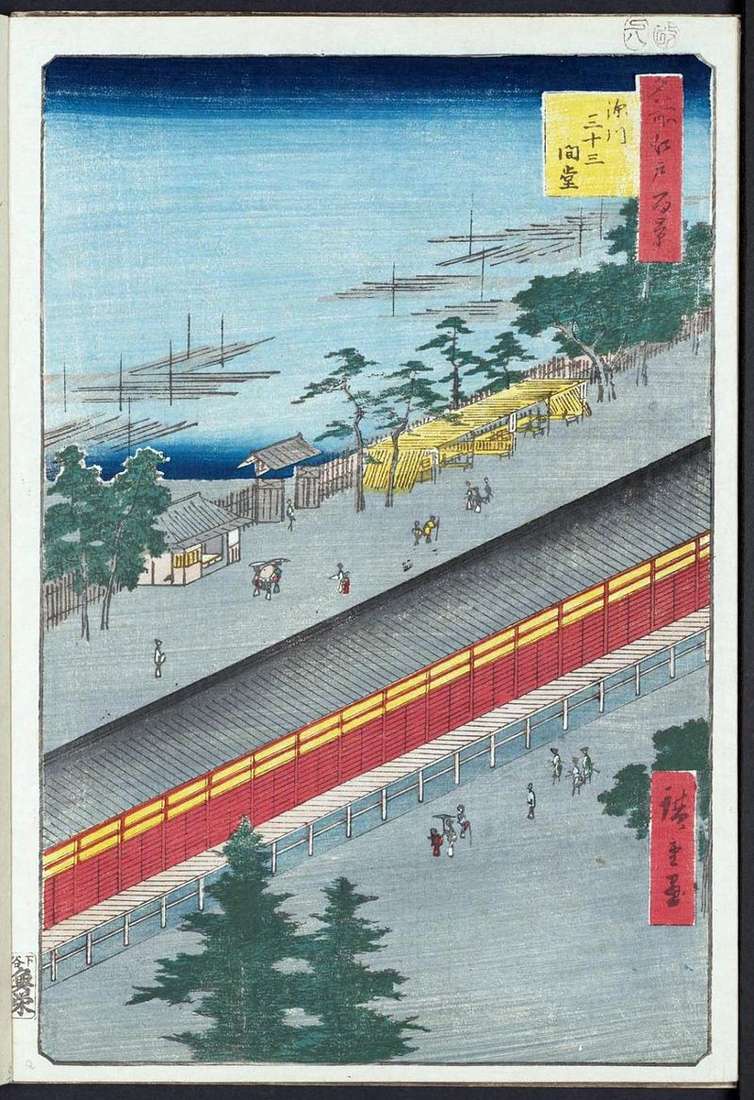 Sanjusangendo – The Temple of Thirty-Three Kahn. Ken is a measure of length equal to 1.80 m. Between the pillars of the gallery of this temple there were thirty-three spans and the distance between the spans was equal to not one but two ken. Thus, the length of the temple was almost 120 meters, with a width of only 7 meters. This gallery is depicted in the foreground of the engraving. The temple, located in Fukagawa, was built on the model of the temple of the same name, built in Kyoto in 1164 by the order of the Emperor Go-Shirakawa.

The Western gallery of the temple was used for competitions in archery, which soon gained popularity throughout the country. Between the temples there was a slight difference. Inside the Kyoto temple there were 1001 statues of the senju-cannon bodhisattva. Inside the temple in Fukagawa there was only one statue of Senju-Kannon. Probably, its main purpose was to conduct competitions of tosia.

Behind the temple, in the background of the engraving, are the tea pavilions and the entrance to the temple grounds. Color changes in the late version only touched the coloring of trees, which acquired dark outlines along the edges of the crowns. The color of Aorot, ilushem along the temple, has a complex green hue, turning into brown.