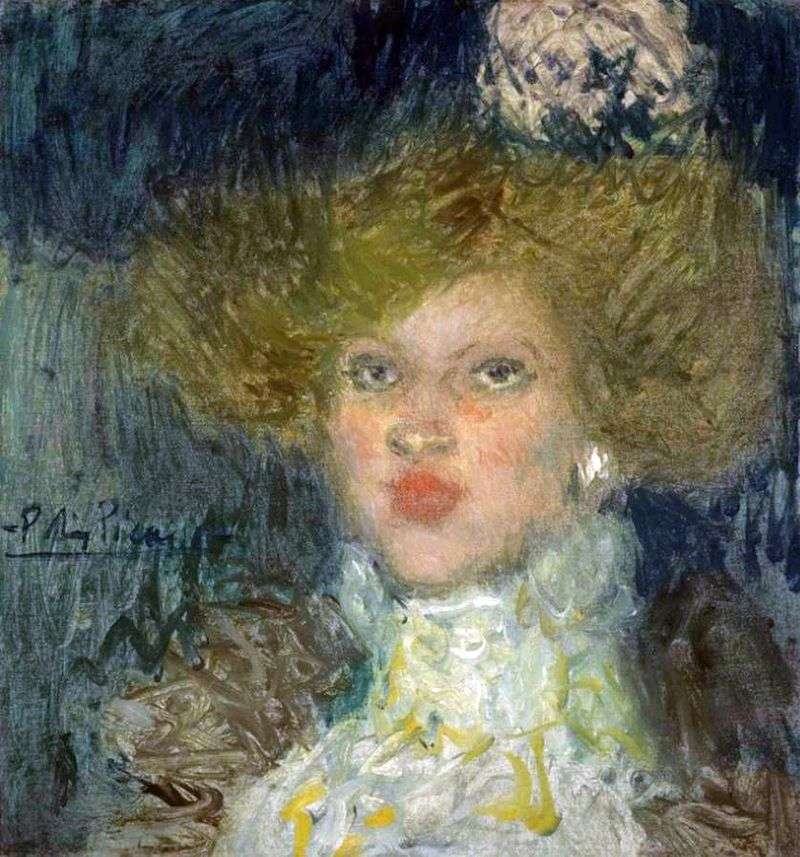 At the beginning of the century, Picasso, along with his close friend Carlos Casagemas, came to conquer Paris. It is here that he sees the starting point of his fame and world recognition.

Friends lodge with a French comrade who introduces them to girls, cheerful and carefree, happily posing an attractive Spaniard. The head of one of them, Picasso, was imprinted on his canvas, having chosen for this the style of impressionism. Another fatal beauty, Germain, will break the heart of the impressionable and vulnerable Casagemasu, and after a while, rejected, he will shoot at her first, and then at himself. Germain will remain frightened, but unharmed, and Picasso will lose his best friend, which will give impetus to his most sad and hopeless “blue period” of creativity.

Looking at the portrait of a young person, it is easy to see the influence of other artists on Picasso. This image emerging through the haze evokes thoughts of the paintings of Auguste Renoir or Claude Monet. There is not a single clear line here, and the entire canvas is woven from smears, which at first glance seem chaotic, but subject to some unprecedented artistic harmony. Some certainty differs only in a look that can be described as shrill and somewhat languid.

Through the numerous intricacies of the brushstrokes, the viewer can discern blond hair arranged in a lush hairstyle of that fashion and a high hat decorated with a flower. The background of the painting is reduced to a minimum so as not to distract from the heroine’s gaze, and the color palette is somewhat dim and muffled, which further distinguishes these bright, burning eyes.

Today, the picture depicting a charmer, whose friend has forever stolen the heart and life of a friend Kasagemasa, is in the private collection, where she went after the auction. The owner offered for an impressionistic portrait of an unknown more than 3 million.