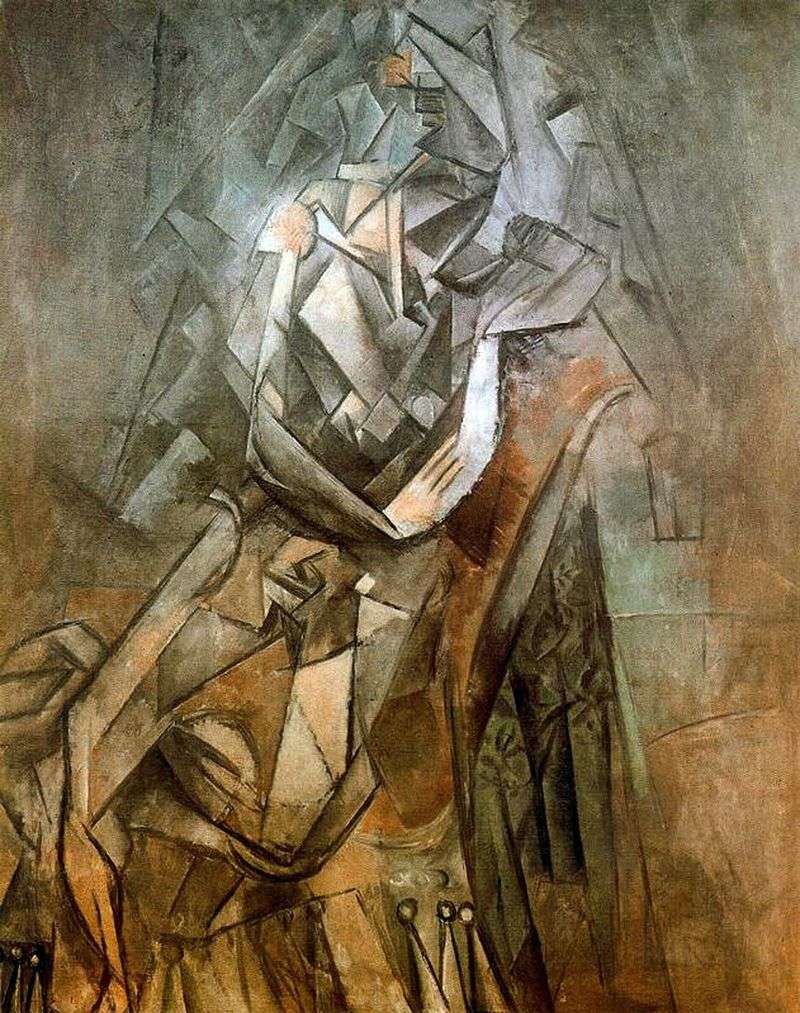 Wanting to present the object of interest in his paintings in the fullness of his possible perspectives, Pablo Picasso began to combine several types of the same object in the image, depicting different points of view on him.

The artist tried to show things of the real world and people not only as the eye sees them, but also in forms accessible to the mind’s eye and reason. He began to divide his living and inanimate models into fragments resembling geometrical figures, tearing them, like a single sheet of paper, into irregular pieces, and then spontaneously connecting these angular “details”

In the order, which, in his opinion, to a greater extent expressed his own essence of the image. The perspective disappeared, the palette tends to monochrome, and although the original goal of cubism was to more accurately and convincingly than with traditional techniques to reproduce the content and shape of an object, the images in Picasso’s paintings sometimes turned into an incomprehensible mixture of various geometric elements.

The painting “A Woman Sitting in a Chair” was written in the second phase of the cubic period in the works of the famous Spanish painter. This work was made in the style of so-called analytical cubism, which he turned to in 1909. The artist turns the image into a fractional pattern of small geometric figures through which a pictorial motif peeks: in the center of the composition is a thin hand with long fingers.

In such canvases, the expressiveness of the newly created ornamental form and gradations of color, becoming a single tone, becomes very important. In this case, in the colorful range of paintings prevail gray-blue shades.