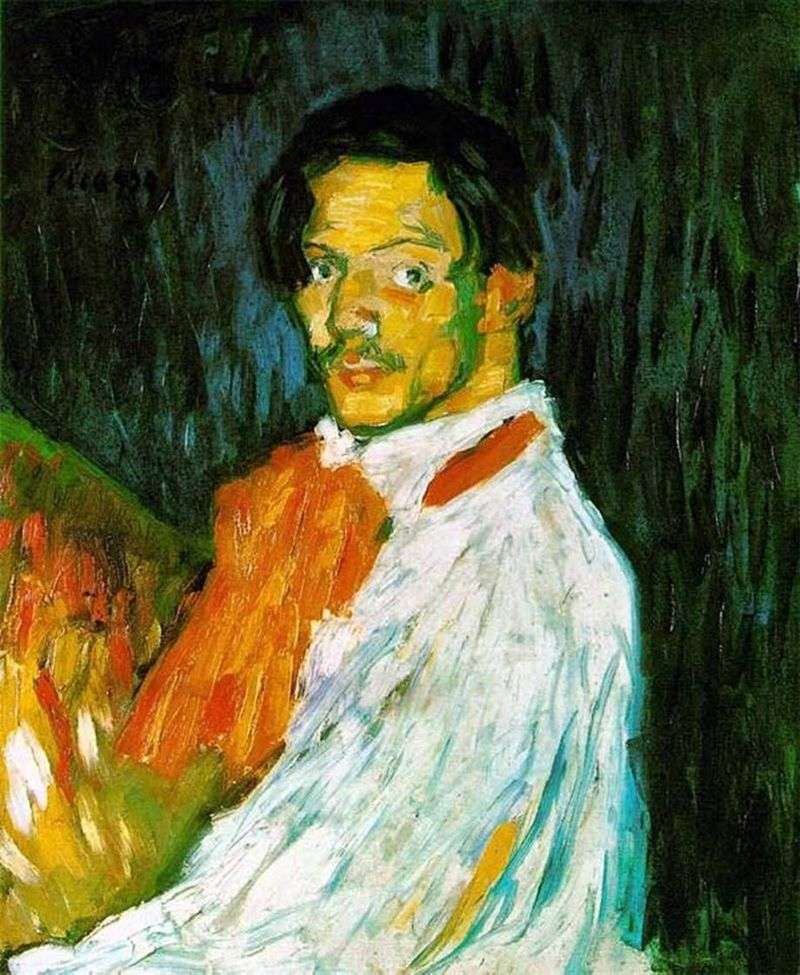 One of the most expensive paintings in the world, the price of which was determined by Sotheby’s as far back as 1989 when purchased in a private collection, and amounted to almost 48 million dollars, was written in the early period of creativity. What irony – young Picasso, who lived in the poorest district of Paris, desperately in need of means of livelihood, created on the canvas a portrait of himself, who would later take 11th place in the ranking of expensive paintings!!!

is impressionism. In his younger years, Picasso was still at the stage of searching for his own manner of writing, and it is not surprising that the young and daring were seduced by the work of impressionist free-thinkers.

The portrait is executed in a bright palette, almost devoid of halftones. Picasso’s strokes are confident and so wide that they seem to acquire volume. The color of the picture is endowed with sensual expression and almost tangible energy. Young Picasso on it is well recognized that it will be rare in his further portrait work, where space will be broken into geometric formulas and figures, as in the portraits of Dora Maar or Maria Theresa.

Self-portrait, along with other impressionist paintings, Picasso presented at the exhibition Vollard, and was immediately noted by the audience. However, critics, recognizing the talent of the young Pablo, still urged to look for their own path in art, which the painter did. Within six months, his “Blue Period” of creativity will come, giving the world delightful immortal masterpieces.