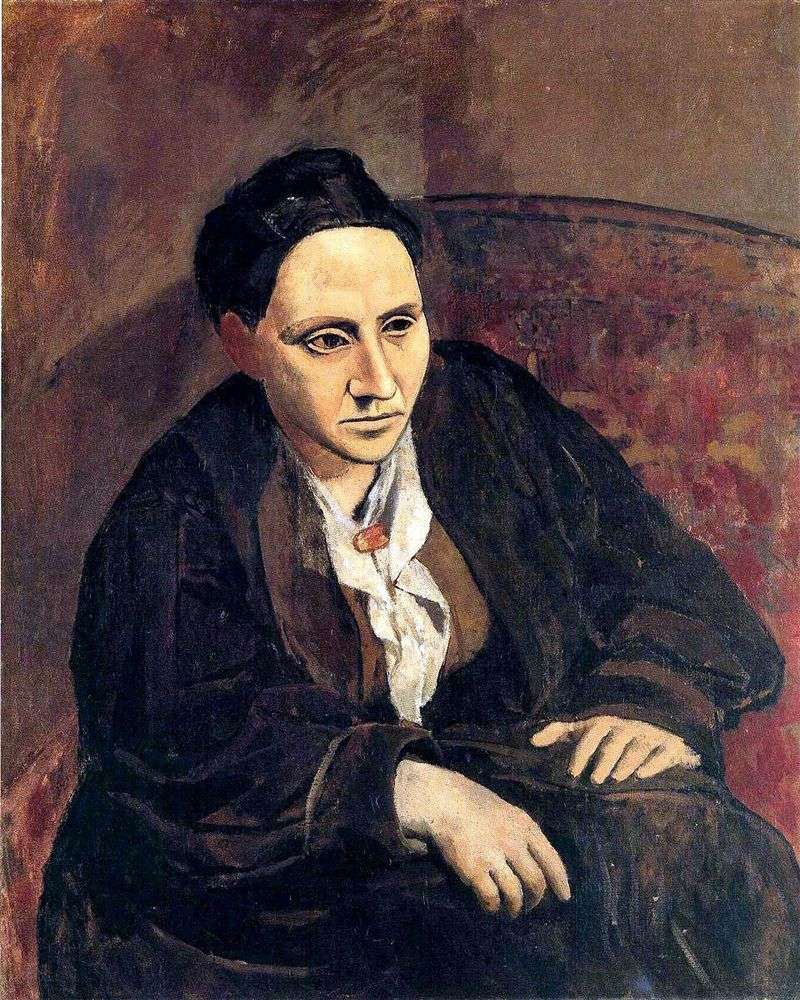 Gertrude Stein was quite famous for her contemporaries American writer and girlfriend Pablo Picasso. There is evidence that the writer often helped the artist financially.

The mistress of fashionable social solon, she attracted many talented people to her surroundings. And it is not surprising that one day she wanted to order her portrait from a close friend, Picasso.

Taking hold of the picture inspiredly, the artist encountered many problems, and Stein’s face was especially difficult for him. The picture was copied more than eighty times.

At one of the sessions, when the writer posed

for the artist, the case almost ended in a serious quarrel. Then Picasso decided to pause and leave the work on the portrait to a tide of inspiration.

Very soon the master visited Andorra, where he met with amazing traditions and manner of African art. Especially the artist was impressed by the masks with their coarse shapes and simplified lines.

Returning to Paris, Picasso finished the portrait of Gertrude Stein, giving the writer’s face stylistic features of an African mask.

Rough, clean lines of the face, even color and sharp, confident strokes are the distinguishing features of the portrait. In this case, you can clearly see how much the manner of the earlier letter differs in comparison with the face mask. The writer’s face is distinguished by confidence, concentration, restraint and even severity. Stein actually possessed all these qualities, otherwise she simply could not survive in the harsh “male” writing world.

By the way, the “original” portrait was categorically disliked – Gertrude was unhappy. Especially the face. She genuinely wondered why Picasso did not leave the previous, more realistic option, because she posed for him for three whole months!

In response, the artist retorted, they say, after a certain number of years, Madame Stein will look that way. We do not know whether the artist was right, however, the writer soon changed her mind. Now she argued that this portrait is the best.

It is impossible to say for sure whether the change of opinion was sincere or Stein paid tribute to an already world-famous artist, but one thing is absolutely certain – Picasso was able to create a new aesthetic in portrait art, ambitious and original.