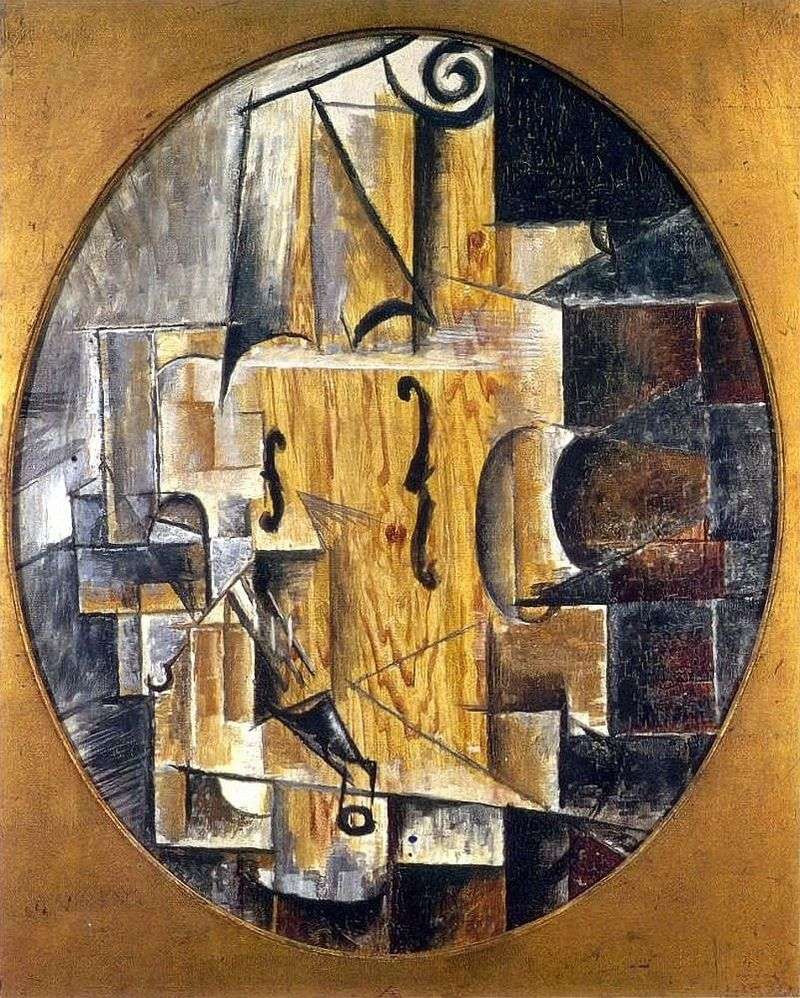 Paintings by Pablo Picasso at the beginning of his creative work were not accepted and understood by society. Those who found something special in them or admired them could be counted on the fingers. This situation in his career continued until he decided to make changes that affected not only the personal style of the painter, but also the entire fine arts in general. The master began to apply various geometric shapes and decorative elements in his paintings. This area of painting called Cubism. “Violin” refers to this very direction.

This canvas belongs to cubism, but this is not its first stage. Here the experience of the author in this direction, his rethinking, is being looked through and felt, which will be shown in his further canvases.

Many works of the artist are introduced not for a long time into the stupor of the viewer and force him to start thinking and showing imagination in order to unravel what exactly is depicted by the artist. Picasso wrote about a dozen similar paintings depicting a violin.