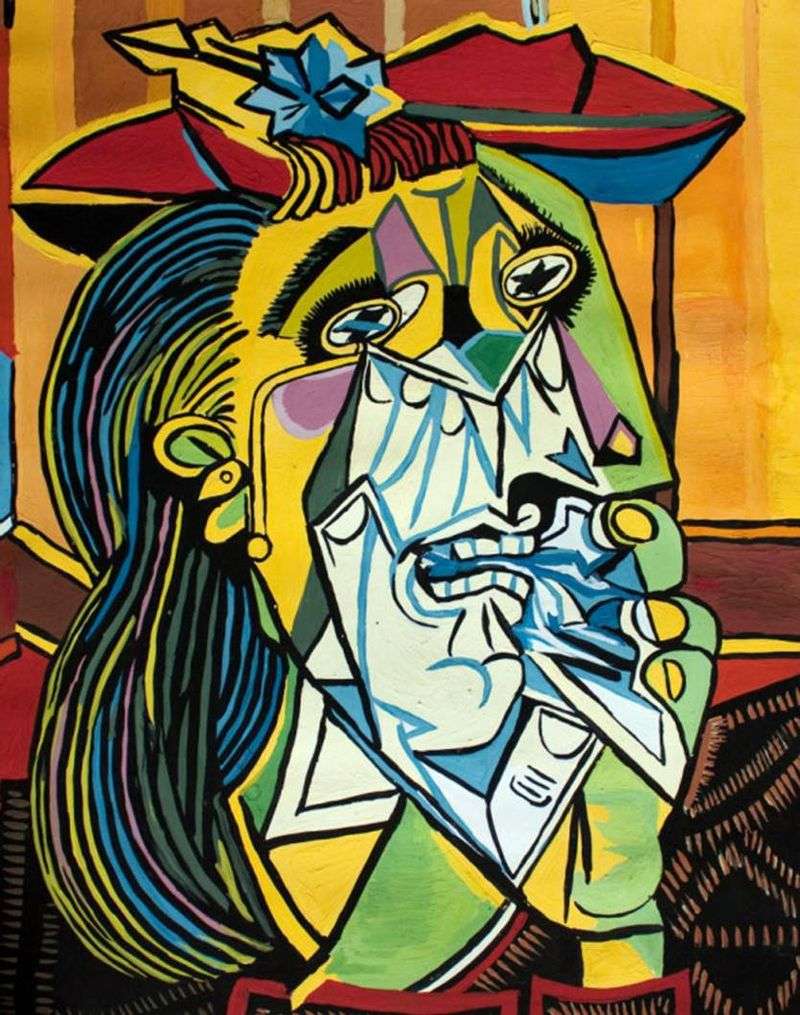 In 1937, while working on the famous “Guernica”, Picasso painted several paintings depicting the head of a sobbing woman. One of the figures “Guernica” represents a sobbing woman with a baby in her arms. For several months, Picasso, with his characteristic passion, developed this topic, creating a total of 17 works made in various techniques. Including – four oil paintings.

The last of them was the culmination of one of the most fruitful periods in the artist’s life. Despite the fact that the woman’s face is highly distorted, the artist painted it from nature. The model he served as Dora Maar, who was at that time the mistress of Picasso. Indirectly, Dora also participated in the work on the “Gernica” itself – it was her photos that inspired Picasso to create a great canvas.