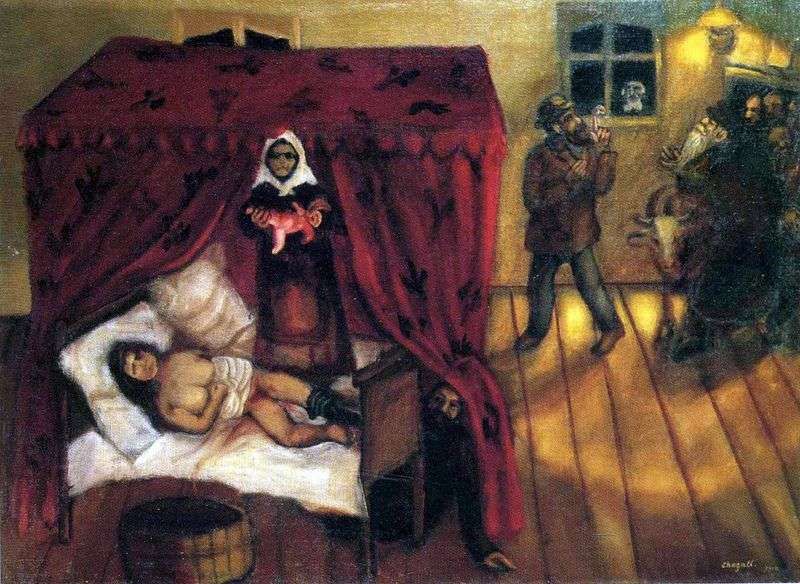 This picture is narrative and rich in details. Here one of the main principles of Chagall’s poetics was most clearly manifested: the use of ordinary and reduced details taken from life, transferred in all their character, and their transformation into a symbolic image.

The left side of the picture shows birth, treated as a sacrament. Before us is a pyramidal composition of 3 figures – the parturient woman, midwife, holding the newborn, and men. The latter is depicted sitting on the floor as a witness of what is happening and plays a secondary and even comic role in it. Figures seem to come to light from the enclosed space formed by the red canopy of the bed and symbolizing the birth womb, the female beginning and life.

The left, “female” part of the picture contrasts the right, “male” part. If the left side is static, then in the right one everything is full of motion. An old man and a child are looking in the window; Men in the room, not accidentally enclosed in a circle of golden color, clarify for themselves the meaning of what is happening and “interpret” it, like Talmudists. In the space of the picture for the first time “on an equal footing” with the man enters the animal.