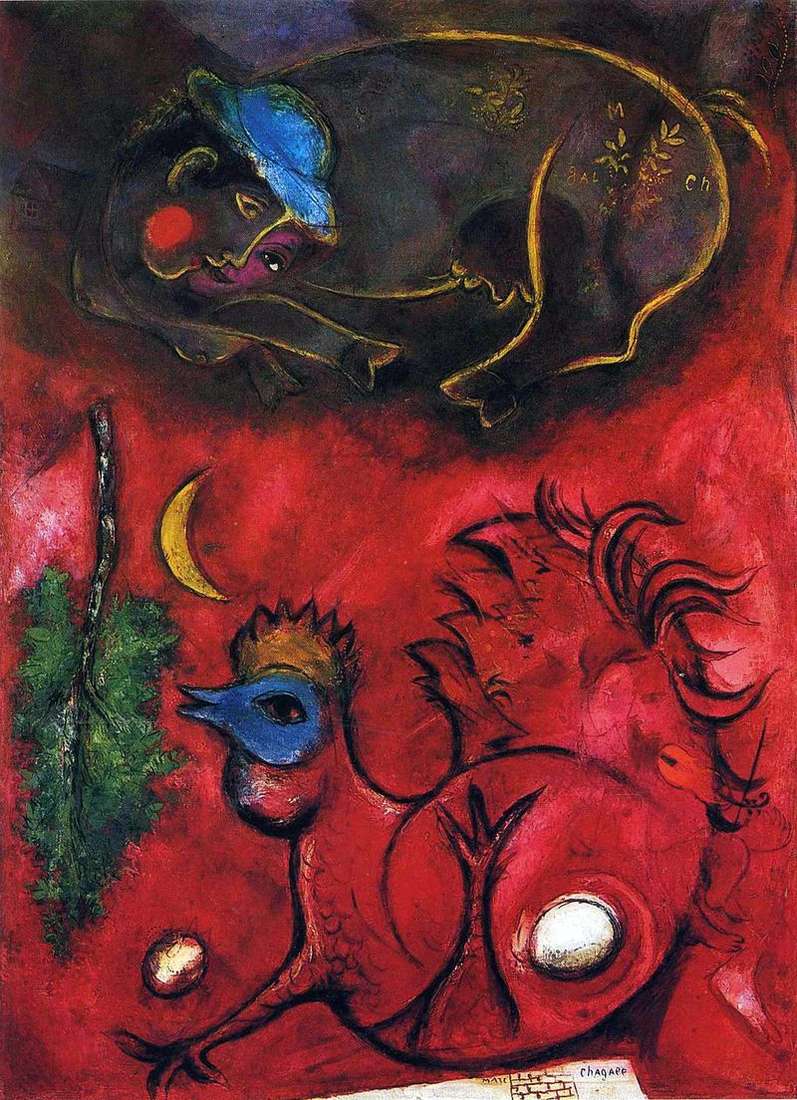 The picture is imbued with a peculiar sensation of the miracle of life.

The lower part of the canvas is flooded with red color, from which a rooster is born who is at Chagall, as in the folklore of almost all the peoples of the world, a symbol of time, sun, fire, active male and creative origin. It is no accident that in his feathers, resembling flames, the figure of a violinist hides.

At the top of the composition, red paints cool down, turning into more calm purple. If the lower part is “male”, then in the upper the cow outlined by the glowing gold contour symbolizes the feminine beginning.

But this is not an elementary opposition, but the interrelation of things. The rooster carries an egg in itself, the source of a new life. The cow has a human head in which the male and female profiles are connected. A tree born in the night stretches to the sun. All components as a whole form a single image, full of joy and depth, which radiate the faces of men and women.