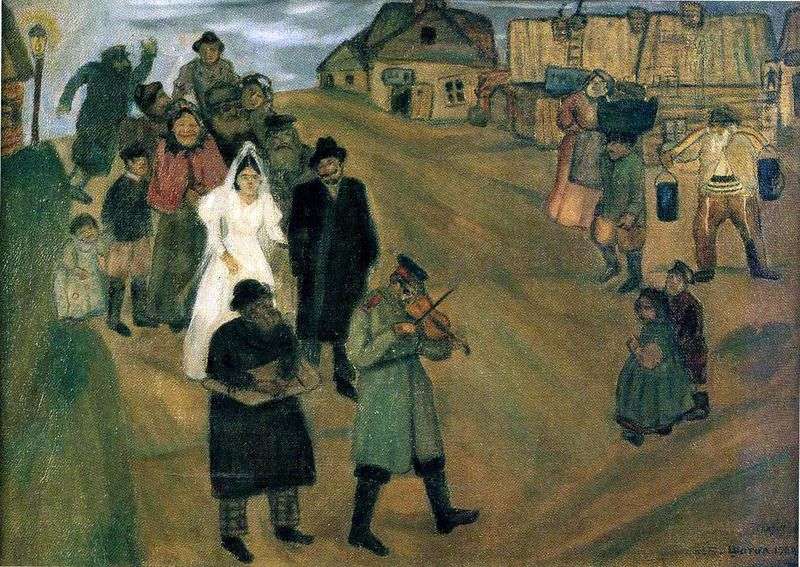 This is one of the first paintings written in Paris from a series of memories of his native Vitebsk. Contrasting catchy colors and spatial dynamism recreate the festive atmosphere of what is happening.

In the picture there is something in common with wall painting. Earth and sky are as much as possible abstracted. Against this background, a very real and at the same time a mysterious wedding event unfolds. Local inhabitants are shown in all authenticity of appearance and national color. To the left is a water-carrier, a meeting with which promises happiness. In front of the procession there is musicians and a barkhan – a traditional entertainer who entertains guests at the wedding. Movement in the picture occurs horizontally, which is typical for the early period of the artist’s work.

Chagall early rejected the iconoclasm of Judaism and the Jewish tradition, which prohibited any image of a person. On the contrary, he sought to capture in the visible plastic images the historical memory of the Jewish people. This picture is a vivid confirmation of this. It also demonstrated Chagall’s ability to “tell stories” in his paintings and at the same time combine the universality of images with subtle psychology and vitality.