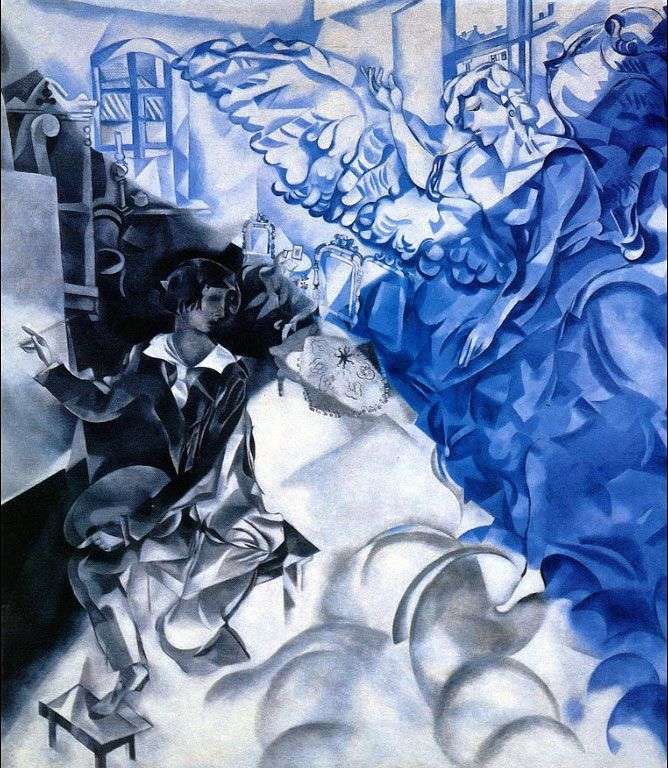 The picture indicates a return to the old techniques of the picturesque language. Chagall rethinks the stylistics of cubo-futurism, developed by Larionov and Goncharova. By its expression and plastic expressiveness, the meeting of an angel and an artist appears like a modern icon.

Another point of view on the interpretation of this story is more traditional: it depicts the artist in front of the easel at the time of creative inspiration and next to him, like his vision, his muse is embodied.

At the same time, Chagall in his book “My Life” presents this picture as “visualization of sleep”. He pictured in it what he saw in a dream, the appearance of an angel in a square empty room, bringing with him blue air and light. The features of the prophetic dream are emphasized by a simple scale of the picture, including black, white, and blue.