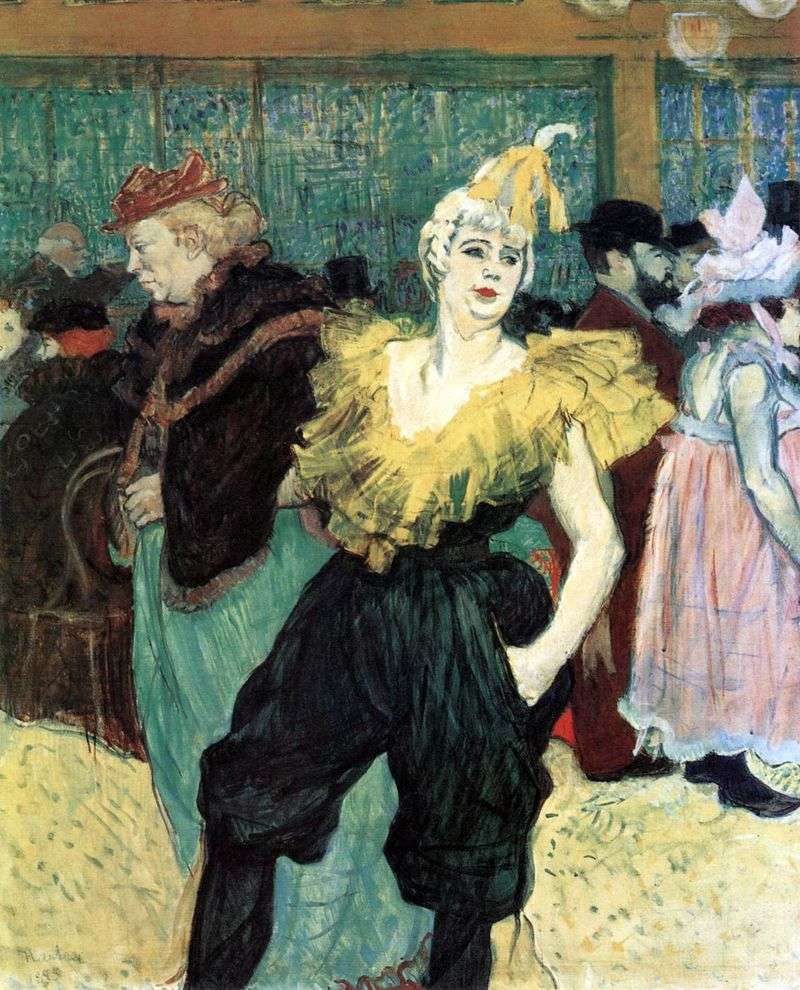 Lautrec wrote several paintings claiming the title of masterpieces, and one of these works is “Clowness Sha-Yu-Kao.”

The time of popularity has come, his talent becomes recognized and the young generation, lithographs and posters enjoy incredible success.

Clowness, with a nickname that translates from the French language as “chaos, turmoil,” he portrayed during her walk on the Moulin Rouge, where she paces her arm with a friend. In the background of the picture is the writer Tristan Bernard.

The role played by the female clown in the “New Circus” was quite unusual for the Parisian public, besides that she danced at the Moulin Rouge, and only she received praise from the demanding Boneless. For Lautrec, the clowness was interested in her lesbian inclinations. The artist was attracted by love in all its manifestations, and maybe even more, its vicious forms. Being the same outcast as lesbians, Lautrec was accepted by them in his surroundings.

Work is ranked at one of the peaks, where the artist’s creative genius manifested itself most vividly.