Home ⇒ 🎨Chagall Mark ⇒ The Fall of an Angel by Marc Chagall 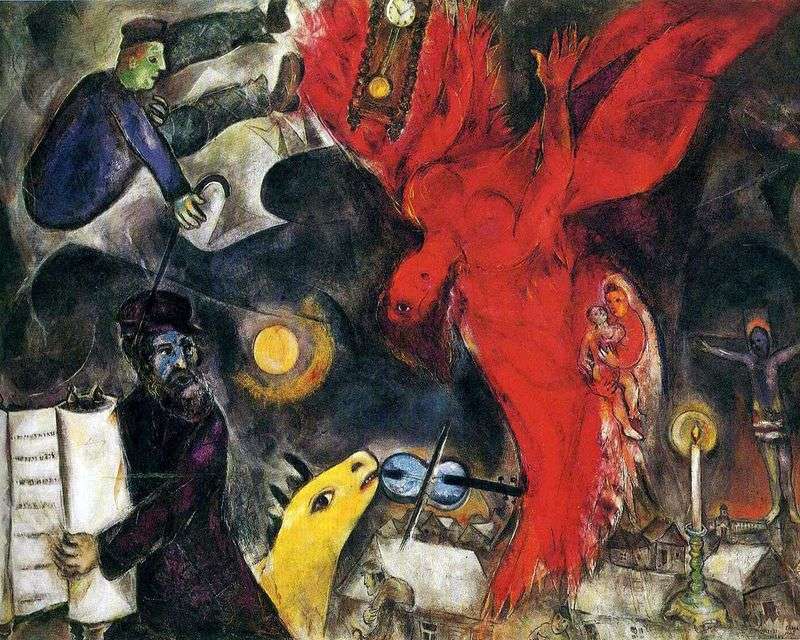 Chagall wrote this picture for 3 decades. In it, history is even more transformed into metahistory. His characters:

– An old man, full of things of anxiety, pointing to the prophetic text of the Torah,

– a traveler, as if torn from the spot by the wind of history,

– sacrificial animal with a violin.

Later – in the years of World War II – images of the winter Vitebsk, the Madonna and the Child and the Crucifix poured into the general plot of the picture. But the main character in the picture is the fiery angel that is falling from heaven.

The catastrophic events that occur on earth have, as in Goethe’s Faust, their “prologue in the sky.” They are as if predetermined by a universal catastrophe. Its essence is the falling away from God and Lucifer’s fall into a world that brings destruction. The images are fully apocalyptic, but in them sound notes of hope embodied in the mother with the baby, the beast playing the violin, the lit candle.