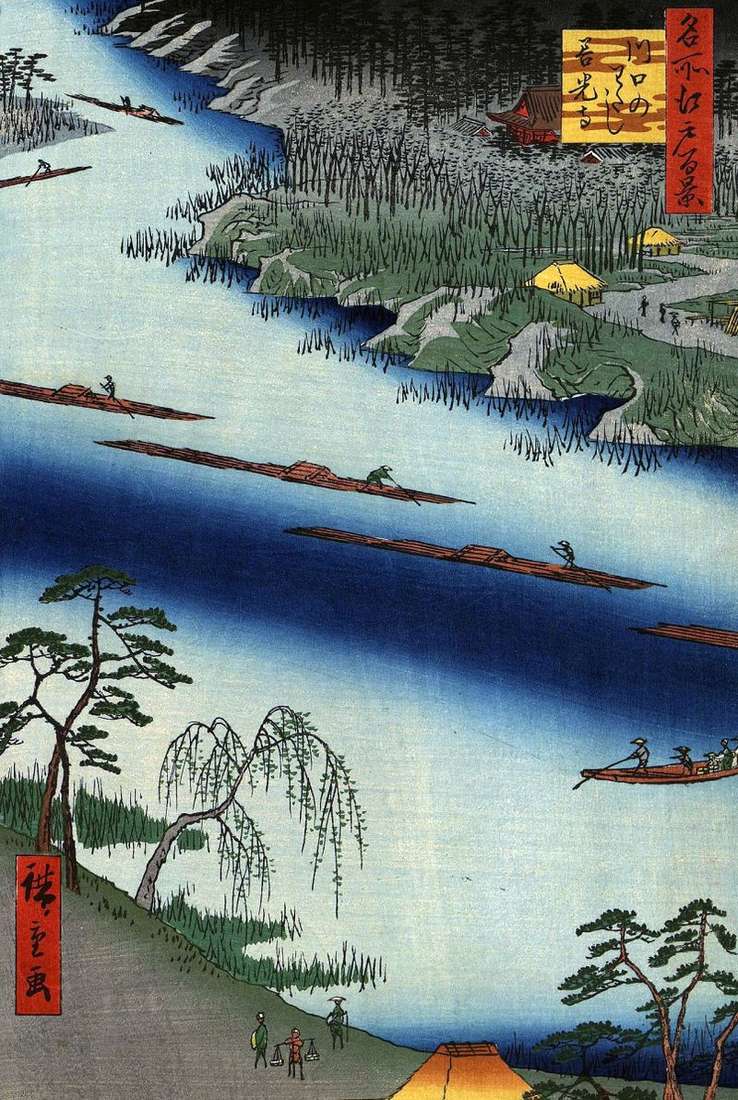 Monastery Zenkoji of the Tendai school was located in a place called Kawaguchi. It was a branch of the sanctuary, built almost 1400 years ago in Nagano Prefecture, also called Zenkoji. At present, the sanctuary of Zenkoji in Nagano is public domain. In order to visit the Zenkodzi monastery in Kawaguchi, it was necessary to cross the Sumidagawa River. The ferry was in the northern outskirts of Edo. This crossing, called Kawaguchi no vatasi, is depicted in an engraving.

On the right below you can see a ferry boat with four pilgrims, it moves to the pier, which is not visible in the engraving. To her are also sent three visitors, depicted on the left bank of the river. At the top of the page, the viewer can see the red buildings of the Zenkodzi monastery itself, half hidden by a yellow-brown cartouche with the name of the engraving. Most of the space of the engraving is occupied by the Sumidagawa River, with ferries melting along it.

The dark blue strip of bokasi passes along the center of the river and along both its banks. The color of the leaf of the early edition differs in a restrained color scheme. In the later version, in addition to the general saturated color solution, a blue band appears in the center of the current Sumilagawa. The color of the cartouche also changes.