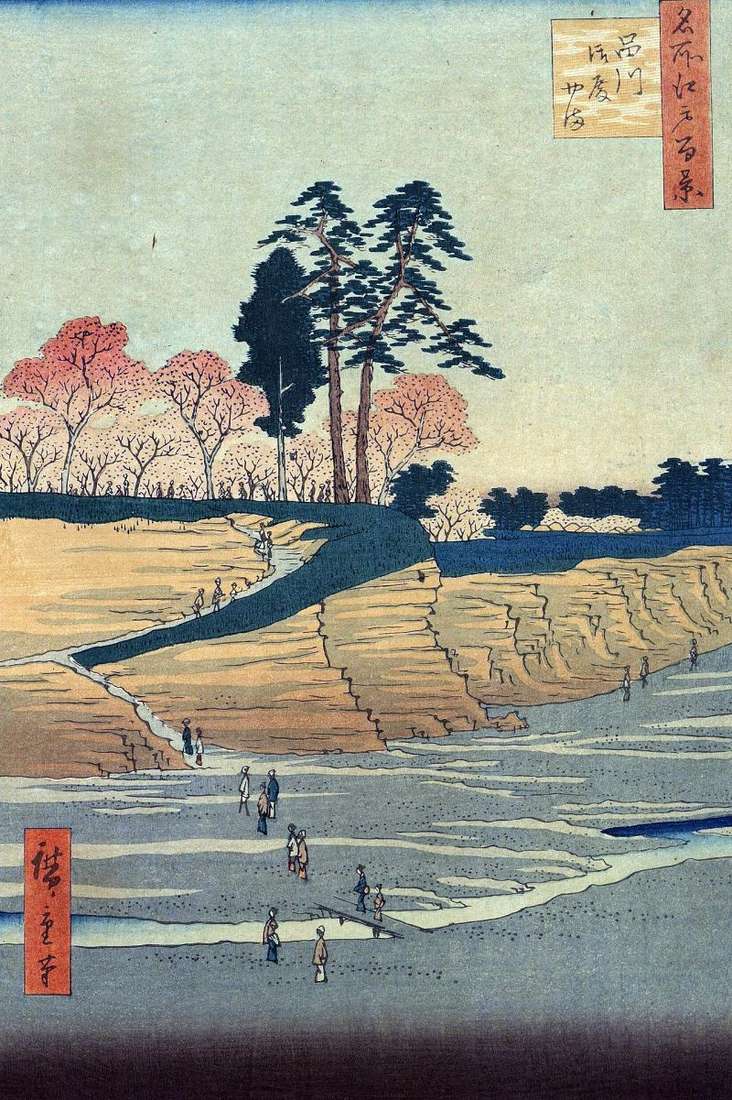 Shinagawa was the first station of the Tokaido road. The Nihonbashi bridge was considered the beginning of the path, the reference point of the distance, but for travelers traveling to Kyoto, Nara or Osaka, the farewell to Edo took place in the south-western suburb of the eastern capital – in Sinagawa. Hiroshige often portrayed these places in various series. On this mountain was the castle of Ota Aokan.

At the beginning of the Edo period, the Tokugawa family built the Goten mansion, so that a concubine lived here, by Toyotomi Hideyoshi – Edomi. Therefore, the mountain was named Gotenyama, which means “Palace Mountain”. Then the palace burnt down, but the name remained. The eighth shogun Yesimune ordered to plant cherry trees here. This place has become a favorite for admiring sakura. Here sakura blossomed earlier than in other areas of Edo.

After visiting the “black ships” of Commodore Perry, on the order of the government, odaiba fortifications were erected on the coast, the land for them was taken from Gotenyama Mountain, which changed its appearance somewhat. This was transferred to Hiroshige in this engraving. In the later version, the color scheme of the engraving was changed. The foreground instead of green turns blue, the banks of the shore are painted in yellow tones. The strip of sunset is dark purple. The square cartouche has acquired a red color.