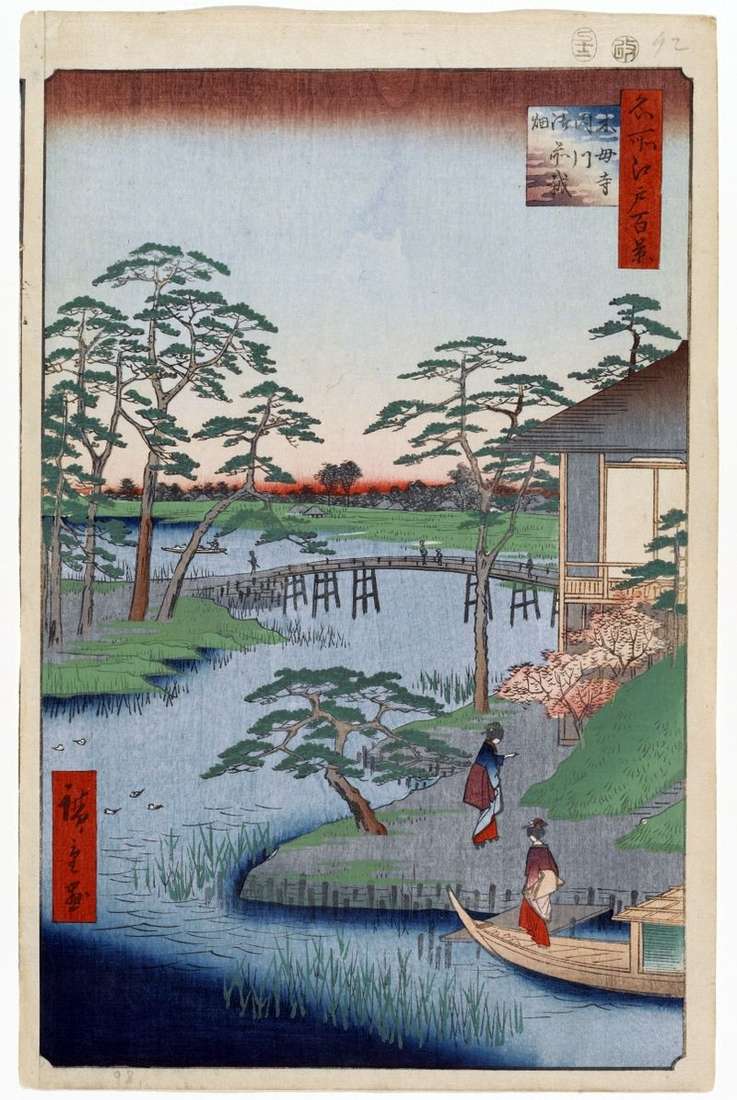 Hiroshige does not depict the monastery of Mokubodzi, although he is declared in the name of the leaf. The area of Godzensaikhat is only visible on the horizon. The main attraction of the engraving is a building with a veranda in the foreground on the right – this is the famous restaurant “Uehan”, located on the territory of the Monastery of Mokubodzi. He was known for dishes made of sweet potato and shellfish. The area of Gozensaikhat, to which the bridge leads, has a kind of name associated with the rest of the shogun during the falconry and is translated as Field “Appetizer of His Serene Highness”.

The appearance of the monastery of Mokubodzi is connected with the sad story of a minor son of a courtier from Kyoto, named Umevakamura, who was sent to a monastery on Mount Hiejzan, but fled from there. On the way home, he was abducted by a trader in a living commodity and soon died. Residents of the village buried the boy, and a wandering monk erected a mound on this place, next to which the Mokubodzi monastery appeared later.

The temple was the object of pilgrimage, first it was customary to visit the Sansoji temple, then swim along the Sumidagawa River and visit Mokubodzi. In the later version, the color of the square cartouche is changed. The strip of the boccas, passing along the upper edge of the sheet from the dark blue in the initial version, turns into a red-brown. The scarlet strip of sunset is already, but brighter.