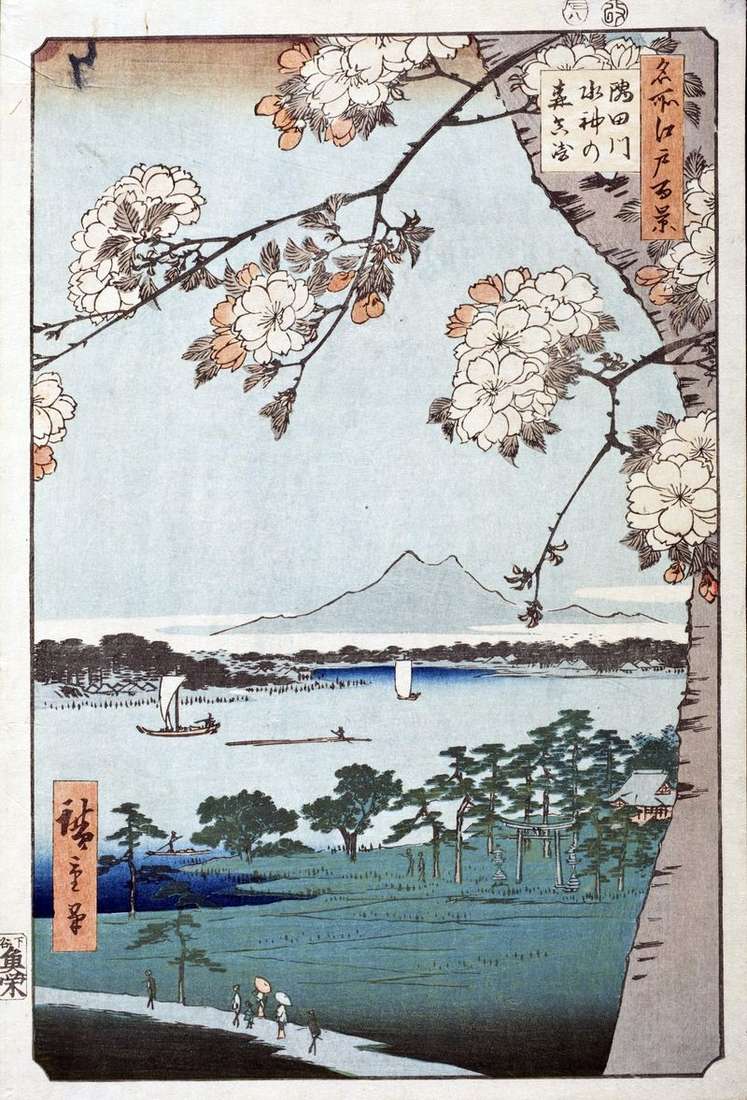 On the island of Mukojima, on the left bank of the Sumidagawa River, there was a Shinto-no Mori Shinto shrine in the forest, dedicated to the Sumidagawa River. The main deity here was a dragon – the ruler of the water element, who was also the defender of the river. Sujin is a god defender from water bodies and fire, in which not only sailors believed, but also simple peasants.

In the period 1596 to 1615, the military government of Bakufu built a large dam on the Sumidagawa River to protect it from floods. In the foreground of Yaedzakura’s engraving, it blossomed in the middle of spring, later than the usual sakura. On the opposite bank of the Sumidagawa River, Massaki is famous for its sanctuaries. The mountain in the center of the engraving is Pukubayama, although, in fact, this mountain could not be seen from this place. On the left we see people heading for the ferry to cross the river. To the right of them there is a gate of torii with two bronze lanterns, they lead to the sanctuary of Suidzin no Mori.

On the river you see a raft and two ships that move from east to south. Color changes in the late print of engraving first of all touched the shades of oxen and sky. They become somewhat lighter. Against their background, sakura flowers look brighter, adding decorativeness to the composition. The color of the boccass changed from red to blue.