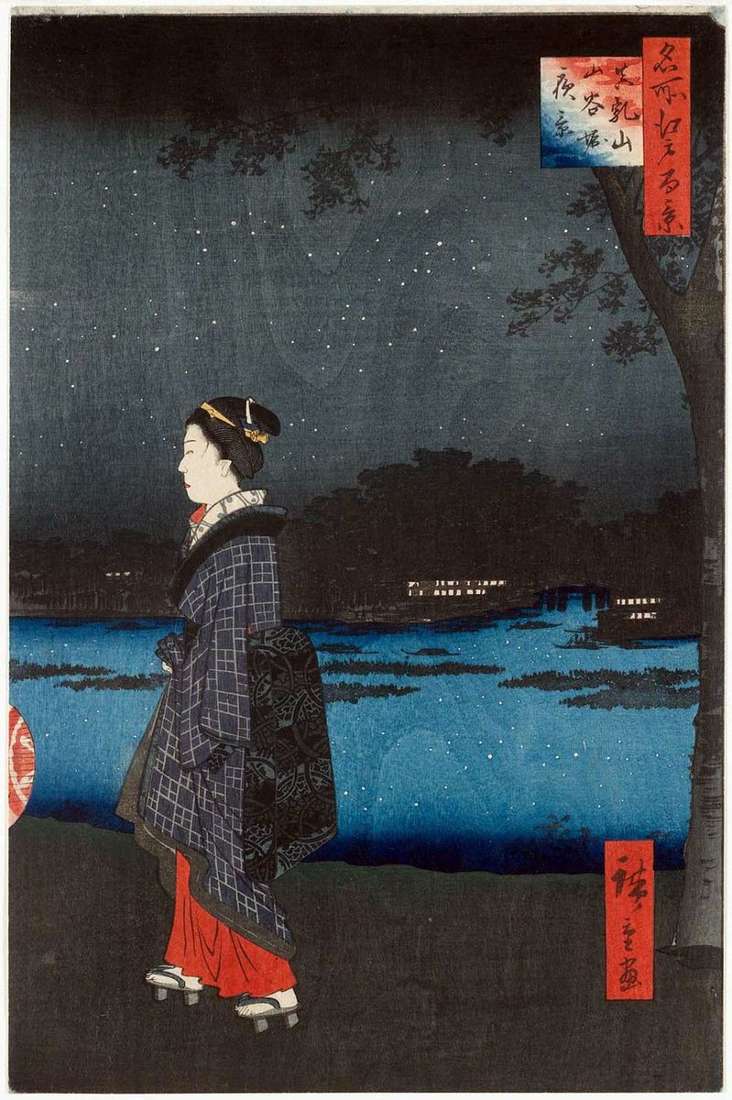 During the Edo period, it was possible to get to the Esivara quarter only by water, turning from Sumidagawa to the Sanyaabori Canal, and then, having landed on the shore, pass along the Nihon-zutsumi dam along the Sanyaabori Canal and get into the quarter. The dam was erected in 1620 to protect it from floods, daimyo from all over Japan took part in its construction – perhaps this explains its name “Japanese Dam”.

In the background of the engraving, the Imadobasi bridge is visible at the confluence of Sumidagawa and Sanyabori, on both sides of which there were restaurants “Umeiro” and “Takero”, whose lights glow in the night. Behind them is Mount Matsutiyama, there was a monastery Kinryudzan – Mountain of the Golden Dragon, in common speech Matsuyama Seten. The viewer sees a mountain from the eastern bank of the Sumidagawa River, which was called Mukozima – “Island opposite”.

In the foreground is a geisha accompanied by a servant with a lantern, part of it is cut off by the edge of the engraving. Perhaps this is the beloved Hiroshige, Geisha Koman. The river and the sky shine with a myriad of stars. This is one of the most expressive night landscapes of the series. Twilight in the early version of the engraving pass into the deep night in the second: against the background of a nearly black sky, stars shine brighter, reflected in the will. The foreground also becomes black. Changes also touched the color of the kimono of a geisha.