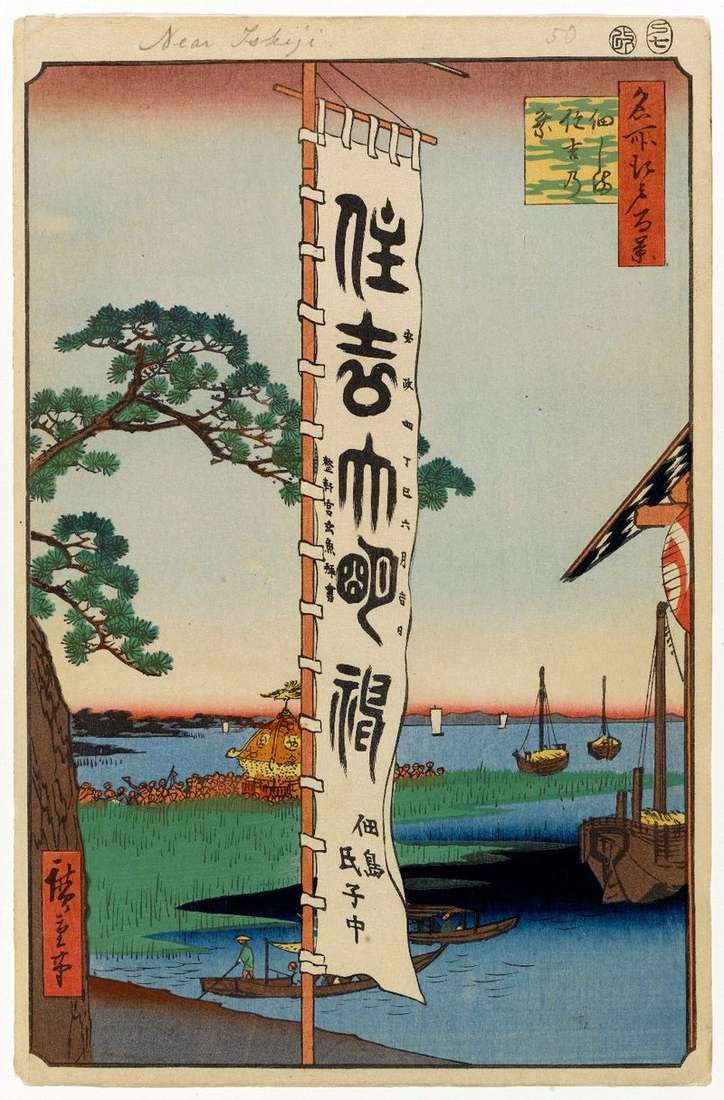 Tsukuda-Zima Island is located at the mouth of the Sumidagawa River. At the beginning of the 17th century, Tokugawa Ieyasu moved a special decree to Edo, thirty-six fishermen – especially for catching fish sirauo, which was delivered to the shogun table. At first they lived in the Nihonbashi area, on the fish beach, where there was a large fish market. But then they were allocated a shallow bank in the mouth of the Sumidagawa River. Here they created an artificial island and moved to a permanent place of residence.

The island was named Tsukudajima, in honor of the name of the homeland of fishermen. Over time, the island was built a shrine of Sumiesi-jin-jia, whose main deity was a protector at sea. Once in three years, the temple festival of Sumiesi-Maiuri was held. In the center of the engraving, behind the festive banner on which “Sumiesi Daimed-zin” is inscribed, there is a palanquin – mikosi, which participants of the procession carry to the bay. Sacred palanquins were dipped in the waters of the bay, which symbolized the connection with the sea god.

Then the procession went around the island and returned to the sanctuary. On the right of the flag is a part of the festive red lantern. The dark blue stripe in the late engraving shades out the will to the left of the big boat in the background, passing across the current to the shore. The blue band at the top edge of the sheet changes in the late leaf to pink-brown.