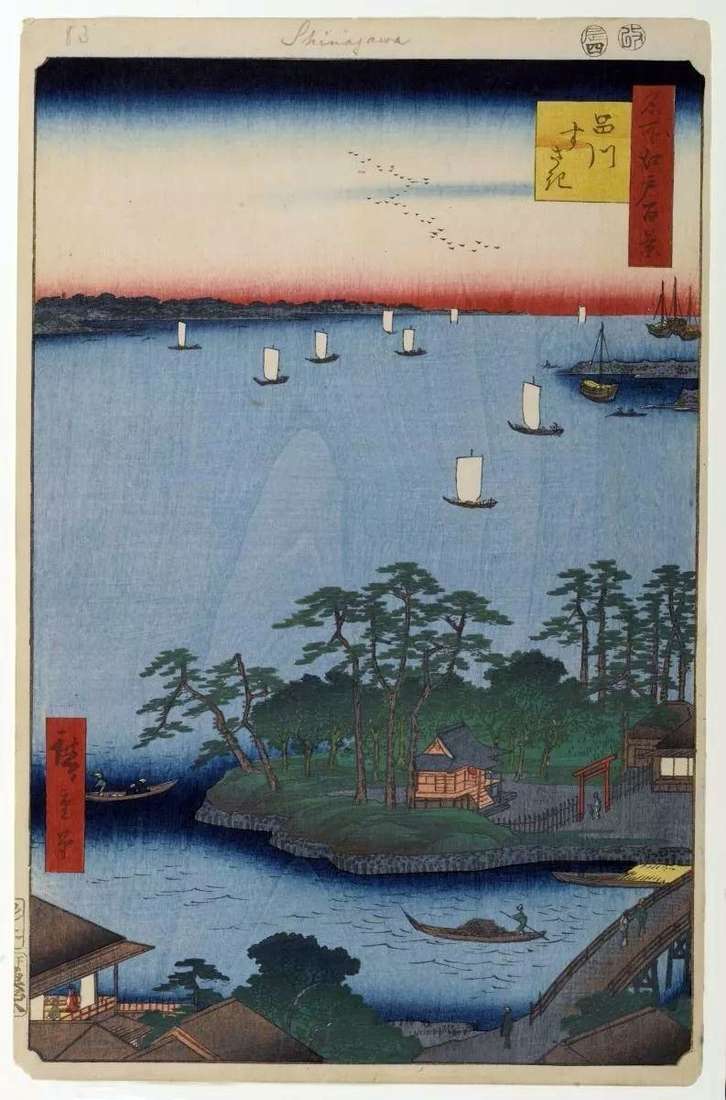 Before, Sinagawa was a small port city. But in the Edo period, Sinagawa became the first station on the Tokaido road. In the days of Hiroshige, there was a custom to see off those who set off on the Tokaido road, traveling along with them to Sinagawa station, where it was customary to arrange a farewell banquet. There were a lot of hotels, restaurants, entertainment places. In Sinagawa trade flourished, there were many shops, perhaps this affected the name of the area, because the word “Shinagawa” means “River of goods.”

The engraving overlooks the Gulf of Edo. On the right is the

edge of Shanksaki’s shallows. Lived here are fishermen, they were allowed to fish, provided that they will deliver fish to the court of the government bakufu. At the northern end of the shoal was the shrine of Susaki-jinja, dedicated to Benzaiten – the goddess of water, one of the seven gods of happiness. To him through the channel of Megurogava was thrown the Torimibashi bridge, visible in the right corner of the leaf.

In the left part of the engraving is depicted the famous entertainment institution “Dodzo Sagami”. The dark blue strip passes around the shoal of Susaka, and not only along one side of it, as was the case in the first variants. White sailboats stand out more vividly against the background of the blue oxen of the Edo Gulf. On a light pink sky, about a square cartouche, you can see a blue strip of cloud.