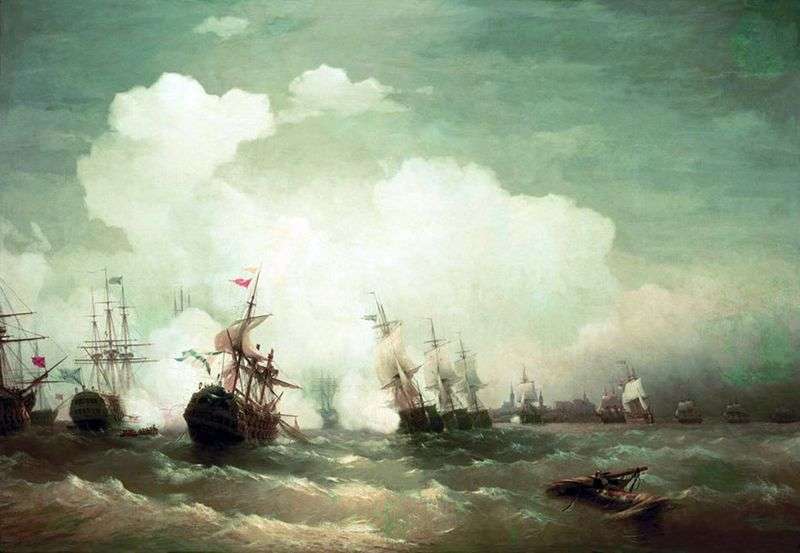 The long century of IK Aivazovsky came at the time of the wars waged by Russia – including for access to the seas. Without taking direct part in sea battles and even not always present on board a ship, the artist could not stay away from the storms and vicissitudes of the era.

His battle scenes are the best answer to detractors, some of whom with irony, or even sarcasm, argued that, say, except the sea, Aivazovsky and draw something else does not know how. Of course, he could! By the power of artistic imagination, the painter recreated a picture of the sea battle at Revel, which took place under Empress Catherine II, in May 1790. On the sea it is troubled – whether the threshold of a storm, or simply water boils, for the battle itself is in full swing.

In the lower right corner there are pathetic remnants of a ship that has received a hole and a sunken ship, pieces of a ship’s mast. And just a little further away – an armada of ships sailing. On the masts, flags are guessed. However, whose, it is difficult to discern.

Rarely the vessel is painted by Aivazovsky in a calm state, with a deep landing in the water. In general, we observe a roll of something on the right, then on the left side. Over the battlefield, white smoke extends – either from multiple cannon shots, or from swirling clouds.