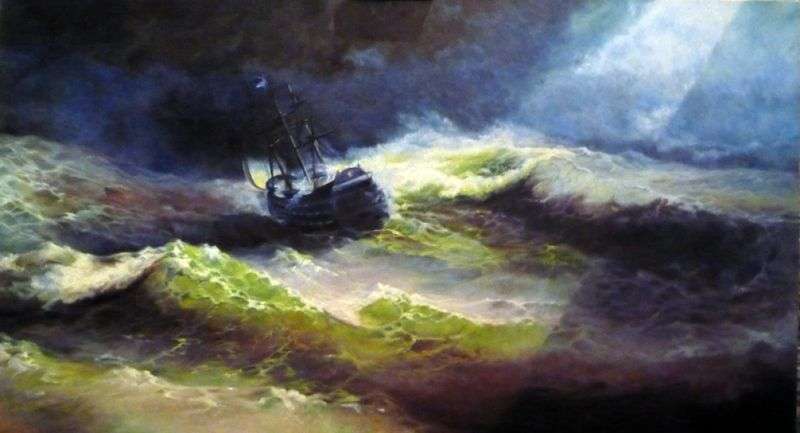 Painting Aivazovsky – is, in the main, painting of storms and storms; the sea element in his works seethes and yarits, crashes ships, heaves huge waves, breaks into a myriad of splashes… The artist’s paintings almost sound – they make a noise with a surf, clap their torn sails, howl with a wild wind.

Strangely, Aivazovsky, who wrote storms for decades, in his best works – such as “The Storm in the Arctic Ocean”, 1864 or “The Ship” Empress Maria “during the storm,” 1892 – does not become monotonous. In every storm Aivazovsky – his face, his own way, his habits.

One respectable English magazine, writing about the artist in the 1880s, compared each of his paintings with a huge volume intended for a long, intimate “reading.” “We ask,” the British author concluded his article rhetorically, “could at least one genius still so completely throw a storm on the canvas?”