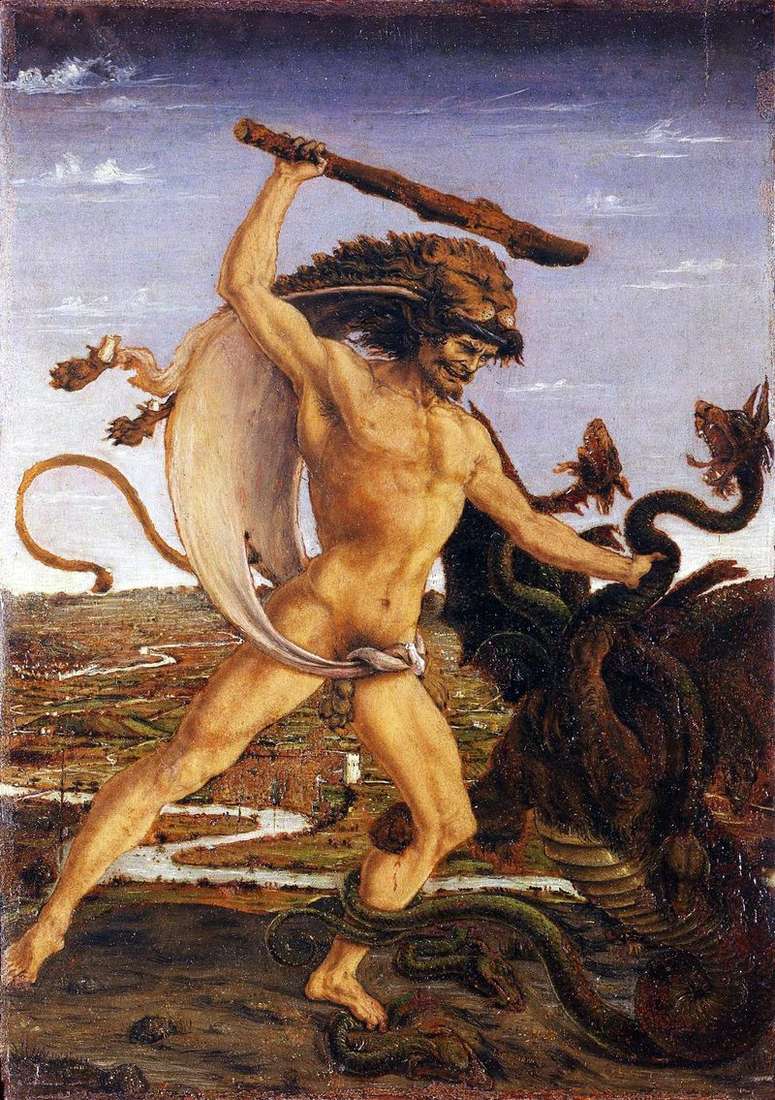 The small picture of Antonio Pollaiolo, a Florentine painter of the Quattrocento era, depicts one of the exploits of the ancient Greek hero Hercules, or Hercules. The second tablet with a composition on this myth is also in the museum.

The researchers suggest that both works are sketches for large paintings, which ordered the artist Piero Medici, or their reduced copies. But they can be independent works, and then all the more it should be noted that Pollayolo managed to endow so small an image with monumentality.

As a plot, the master took that part of the myth of Hercules, in which he fights with the Lyrhenian hydra, a giant snake that had many heads and one of them was immortal. The artist transmits the tension of the battle, depicting the hero’s swollen muscles and a desperate facial expression. Work is full of movement.

The strength and power of Hercules are underlined by the landscape far below and the fact that the main character is placed against the sky. But at the same time, the painter was clearly fascinated by the beautiful and elastic lines of draperies, the snake body, and the curling ribbons of the river, which create a complex pattern in the work.