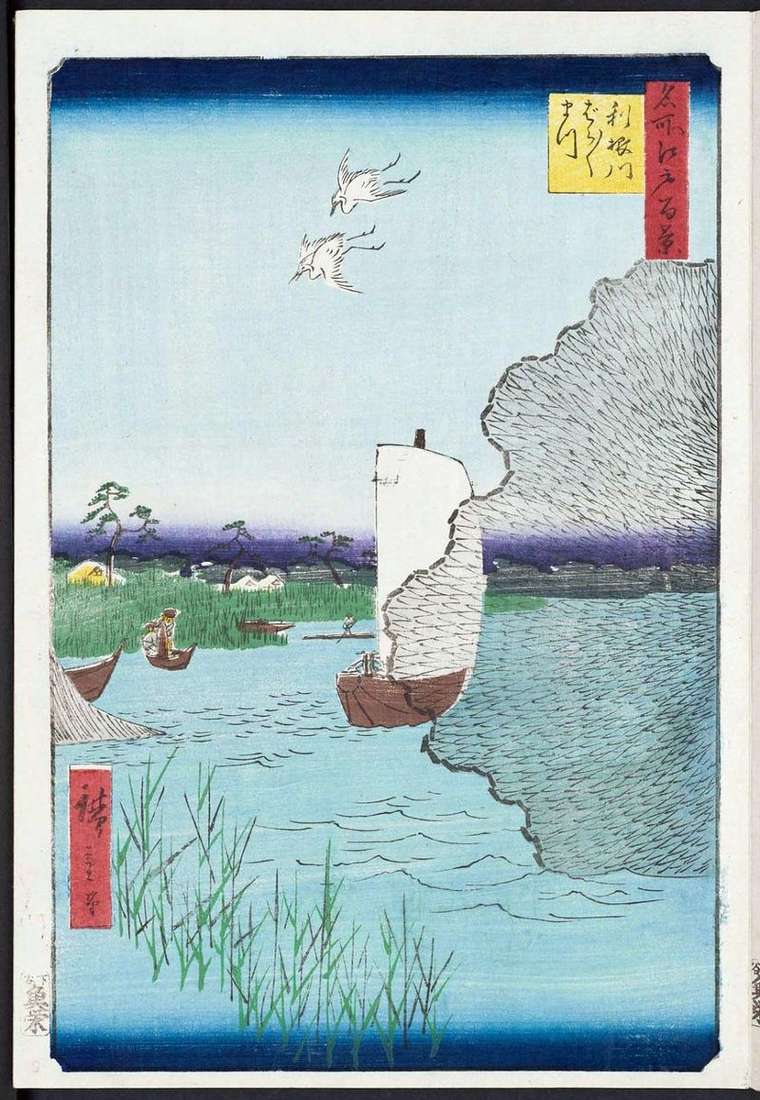 Edo was a unique city, dense urban buildings adjoining it with rice paddies, orchards, parks of temples and sanctuaries. The Tonegawa River was famous in the Edo period for its abundance of carp. Hiroshige depicts carp fishing on the Tonegawa River, and this happens in the city of Edo. This is the only engraving that does not have a place name. Barabara-maiau is, most likely, a pine tree, standing at a distance from each other and having bizarre outlines.

The artist placed them in the background of the engraving. In the present sheet he again uses the method of contrasting contrasting plans, depicting in the foreground the fishing nets that are thrown into the river. The webs are transparent and through them a boat under sail and a distant river landscape are seen. Hiroshige draws another picture of the diverse life of the Eastern capital. Changes in color in the later version of the engraving touched the image of the sky. The yellow band on the horizon line becomes barely noticeable pink, gradually turning into blue. The pink strip at the upper edge changes to the dark blue band of the boccas in the late sheet.