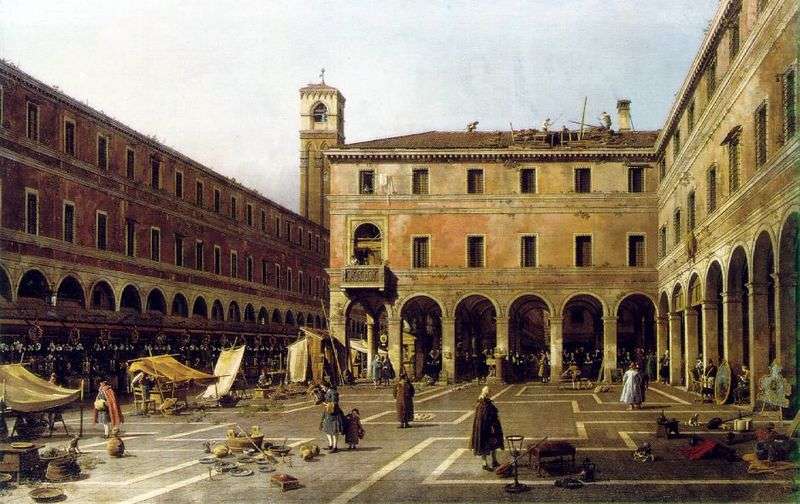 Canaletto belongs to the number of masters, whose name is associated with the appearance of the urban landscape, the reform of the genre is conducted, the task of which was to accurately and pleasantly reproduce the terrain.

The picture-guides of Canaletto not only fixed the terrain, although the master used a pinhole camera to accurately convey the city’s appearance. The artist’s works are full of life: city streets and thronging townspeople, everyday scenes – all this is not illusory, not theatrical, but quite realistic, has its own character and mood.

Thanks to Canaletto, the lead from the dryish conventional picture, created from memory, turned into a panorama of the city’s life, into poetic art, a full-fledged genre of painting. Technical picturesque searches and solutions of the master in the transmission of the air atmosphere, lighting effects, in the composition construction, the choice of the ratio of the architectural mass and other elements of the composition are reflected in the work of many landscape painters and influenced the formation of the Russian architectural landscape.

During the life of Canaletto, his works were highly appreciated, the artist was well known and popular. In 1763 he became a member of the Venetian Academy. Other famous works: “Celebration of the betrothal of the Venetian Doge with the Adriatic Sea”. OK. 1763-1764. The Pushkin Museum. A. S. Pushkin, Moscow; “Piazza San Marco with Piazzetta.” 1730’s. National Gallery, Washington.