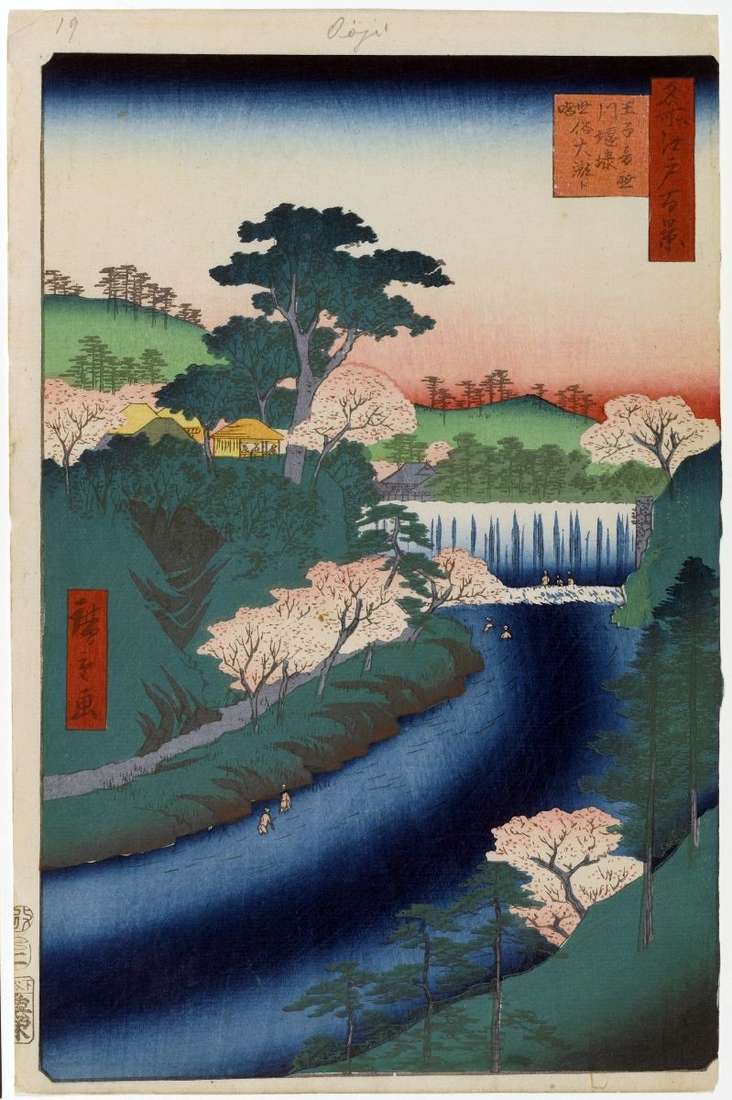 The section of the river Syakudzigawa, flowing near the Shinto shrine of Lodz Gongen, was named Otonasigawa. The Lodz Gongen shrine was built in the wake of Kumano Gongen in the province of Kisyu. It is known that the Shinto shrine in Kumano Gongen also stood on the Otonasigawa River, so part of the river Syakudzigawa was called Otonasigawa. In the engraving we see a waterfall formed by a dam built in 1657, after which the name of Otaki was fixed.

On the left is the Buddhist monastery of Kinriddi on Zenyiyama Hill, he was considered a Buddhist patron of two Shinto shrines, already known to us: Lodz Gongen and Lodzi Inariddzinja. In the Edo period the monastery was patronized by the Tokugawa family, but later it was abandoned and came to desolation. Blossoming trees grow white on both banks of the river. Hiroshige slightly exaggerates the size of the waterfall, it is known that he was a little more modest. // Water runs away, / Village in the smell of plums.//). In the early version of this engraving, the river has a light blue color. Near the coast are dark-blue stripes. In the later version, the bands converge into one wide in the center of the river current. In addition, the picture of the banks and the hill on the left becomes more prominent.