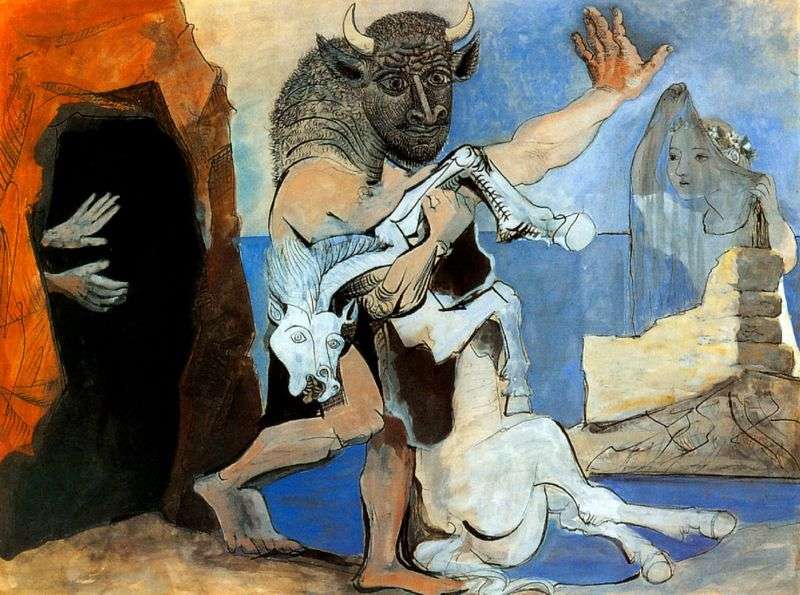 Picasso’s work has personal motives: concerned about the events in Spain that led to the civil war, the artist expressed in the picture an allegory of his everyday situation. His wife Olga left him and he found out that his mistress is expecting a child. In March 1936, Picasso visited the town of Juan-les-Pins on the French Riviera and returned with drawings of fantastic scenes depicting the Minotaur.

For Picasso, the bull-headed monster was a symbol of the duality of human nature, and in his picture he depicted lust and cruelty. Although the kindness of the Minotaur’s eyes and its smile are oddly attractive, he holds the horse, crushed by his own hands, stretching out his hand toward the girl who looks at him in dismay. On the left, from the darkness of the cave, another pair of hands is visible in a pleading gesture.