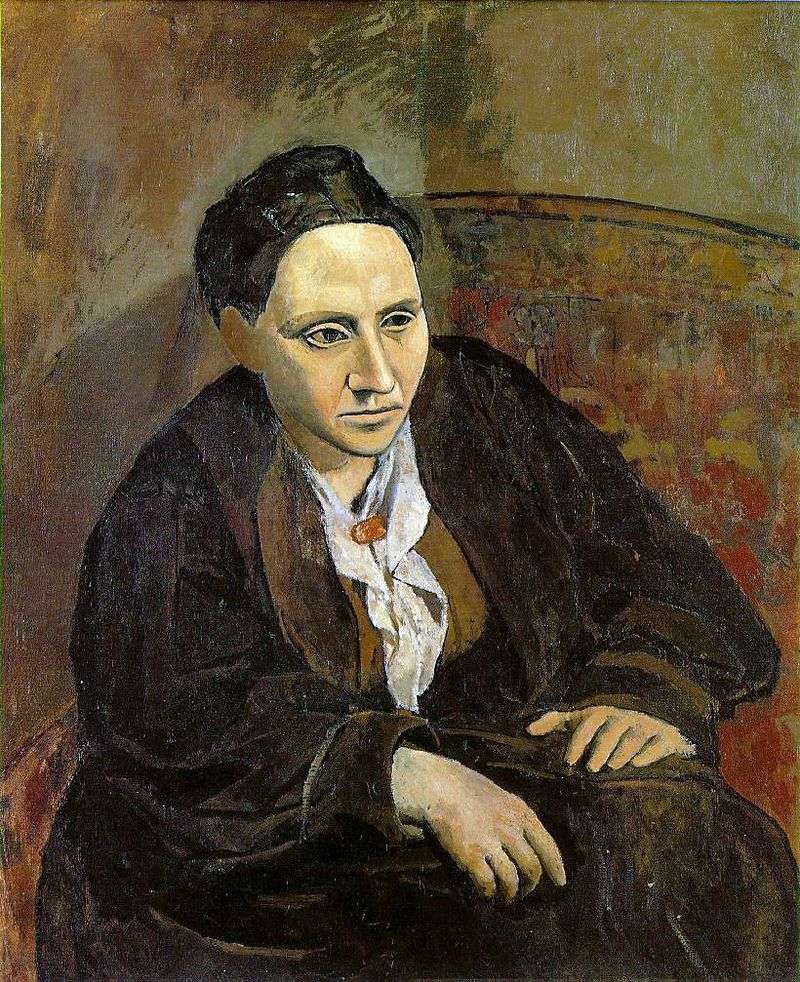 Depicting the famous American writer Gertrude Stein, Picasso was on the way to the next new period in his work and the whole direction in painting. “I depict the world not as I see it, but as I think it is,” said the artist.

Portrait of Stein, looking for a slave in the image of his model, he rewrote countless times and stopped this work, saying in the end the writer: “I stop seeing you when I look at you.

As a result of this “not seeing”, that is, addressing not so much the real look of the person being depicted, but rather his own mental gaze, Picasso created an interesting

image: composition. All this foreshadowed cubism, a new trend in painting, in which the artist will begin to work some time later.

Picasso was distracted from the exterior of the portrait. The writer said, seeing the finished portrait, that she did not look like herself. But the artist accurately conveyed her strong, solid character. The face depicted resembles the faces of ancient statues, with the same as theirs, almost empty eye sockets, because of which Stein seems to be looking from within himself, all-seeing.