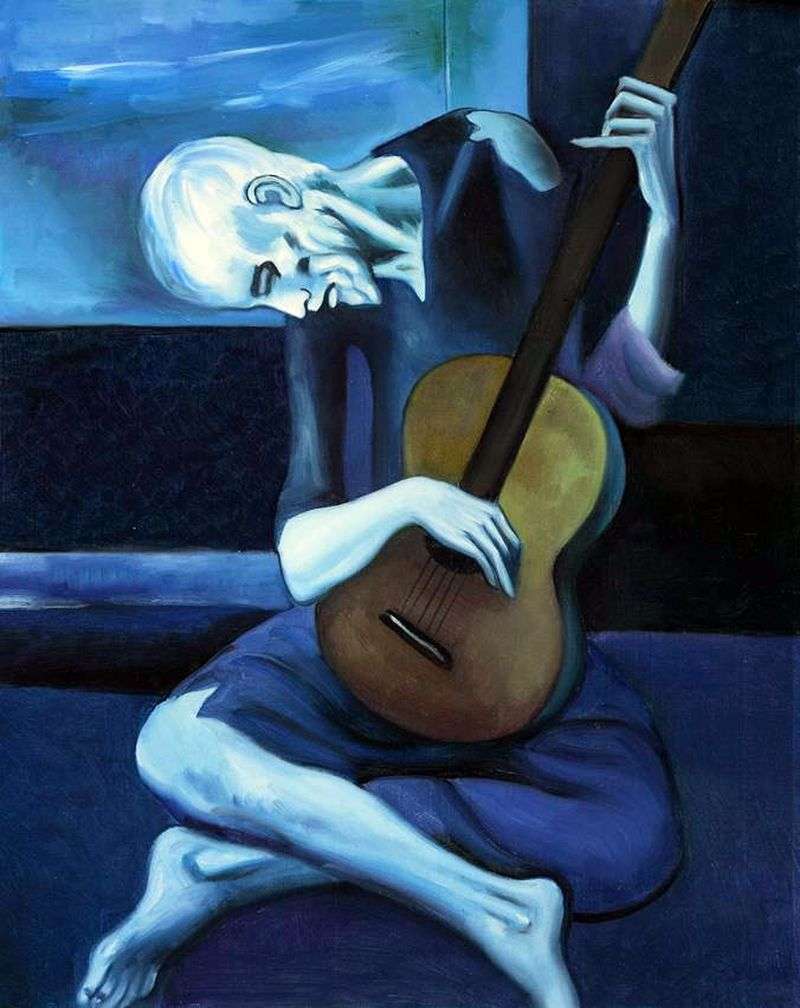 Picasso painting “Old Guitarist” was written in 1903, immediately after the suicide of a close friend of Picasso Carlos, a period of his life is called “blue”.

During this time, the artist was sympathetic to the plight of the downtrodden, he writes a lot of paintings depicting the suffering of the poor, the sick, and those who were expelled from the community. He knew what it was like to be poor. This work was created in some distorted style, reminiscent of the works of El Greco.

This “crooked” and, apparently, a visually impaired person holds close to his great guitar. Her brown “body”

represents a shift in the overall color scheme of the web. Both physically and symbolically, a musical instrument fills all the space around, not paying attention on blindness and poverty, the main character of the picture.

The old man is simply playing, playing with gusto, telling the audience about his unenviable fate of the difficulties through which he had, and probably still have to pass. But, nevertheless, a man with a guitar is not broken, it continues to believe, to hope continues.

Crossed legs guitarist talking about human closeness, his isolation, his defensive position. Painfully bent human body – a sign of old age and helplessness. Picasso throughout his lyrical style makes a really bad position of the protagonist in society.

A large number of blue color dominates, we can say it is all-consuming. Various combinations of shades of this color is a visual accompaniment of melancholic melodies, leading the viewer into a state of compassion.