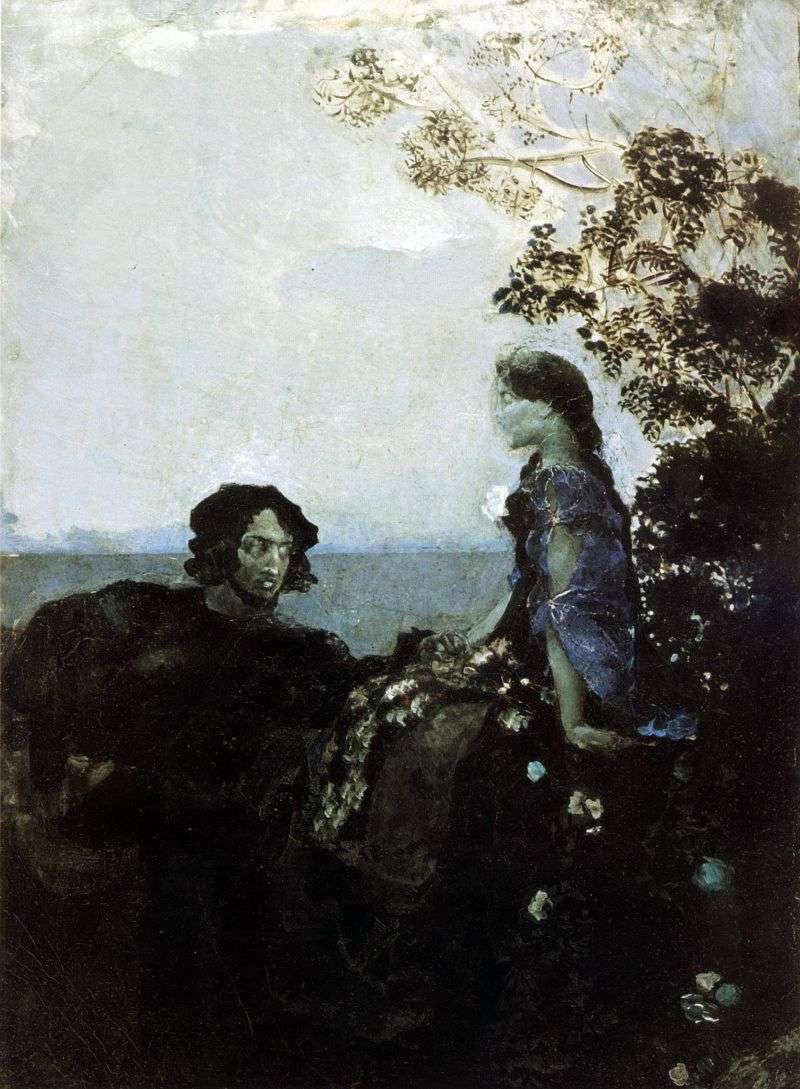 Even in the early years of his work Vrubel began work on the “Demon”. The theme of the Demon did not leave the artist all his life. The very nature of his talent Vrubel was prepared to create this image. The demon lived somewhere in the secret recesses of his soul. In 1891, Vrubel carried out illustrations to the jubilee edition of Lermontov’s works under the editorship of Konchalovsky. Of the thirty, half belonged to the “Demon.” In addition, he wrote several paintings on the theme of the Demon.

In the works of Vrubel, an inner connection with the Demon of Hamlet and Pechorin is obvious. A small oil painting in 1888, Hamlet and Ophelia, in the same blue scale as the sketches for the Vladimir Cathedral, is essentially a variation on the theme of Demon and Tamara, only without the motivation for seduction: the meeting of a reflexive gloomy intelligence with serene and pure femininity. The girl with whom Ophelia was written was, apparently, the artist’s last passion in Kiev; about it, he then wrote to his sister that her moral appearance “attracts a quiet haven.”

Two earlier sketches for the same plot do not go to any comparison with the Kiev picture – neither by painting, nor by internal concept; in the first versions it simply was not found. Hamlet’s theme became Vrubel close only through the prism of the “Demon.”