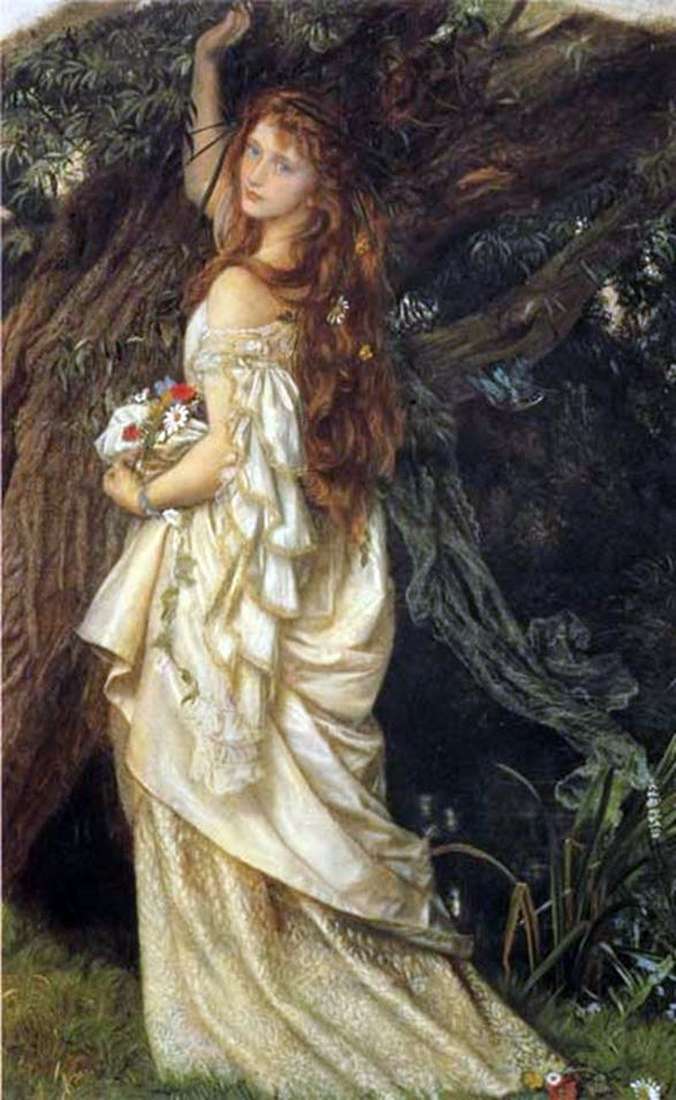 Waterhouse – English painter known for his paintings, revealing and illustrating mythological and literary themes. Most often, the central image of the pictures is the image of women, all of them written with obvious attention to detail, observation, tenderness and thoughtfulness, concentration on the inner world and experiences of the heroine.

Ophelia – the heroine of Shakespeare’s beloved Hamlet, a young girl who did not respond to his love Prince aspirations and gone mad, after Hamlet kill her father. After the death scene she appears in the play only twice, being absolutely insane.

She sings songs and seemingly senseless acts aloof. The story ends with her death – it takes a river, and no one in reality or in “Hamlet,” the world can not say for sure whether she fell accidentally or committed suicide. There are debates so far.

Waterhouse also ambiguous in the interpretation of history – his Ophelia stands on the shore, lifting the hem of her for the next step, holding an armful of flowers, but her face is so concentrated and detached at the same time, it is impossible to say whether she sees something in front of him.

Look it, painfully close, fixed on the viewer. Chin raised. It is as if searching for something or something frightened – by its appearance it is impossible to determine whether it is going to consciously step into the stream.

However, focusing on the image of Ophelia, young, crazy and beautiful, the artist does not forget about the details. About flowers at her feet, bundles of tall grass on the shore, the ladies on the porch – they look at Ophelia, wary, but it seems still do not understand what will happen in the next moment. And it’s easy to imagine how the water taking Ophelia, and how with the same painful-focused, anxious face, she will swim in the stream while the dress finally will drag it to the bottom.