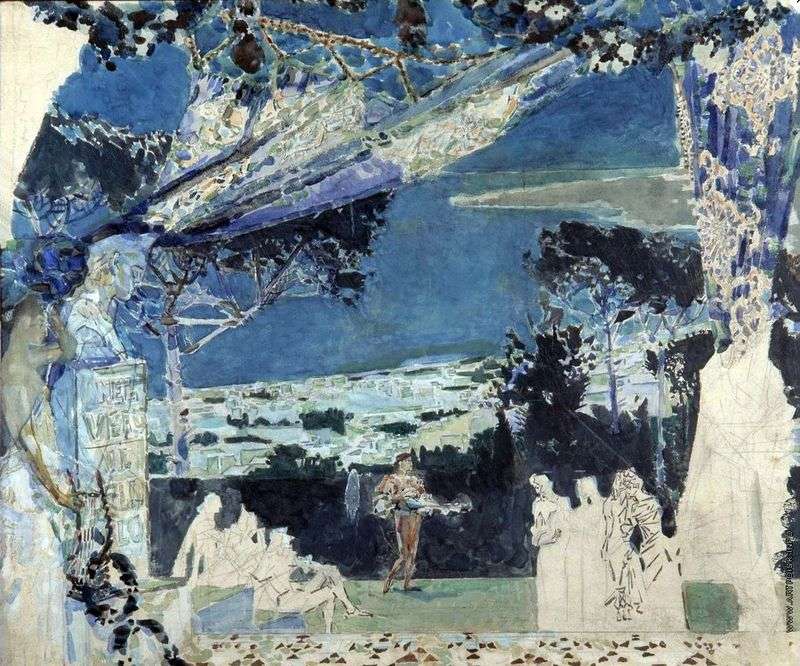 Vrubel from his youth was an inveterate theatergoer. But he began to arrange performances only in 1891 – this artist attracted S. Mamontov, inviting him to create sketches of the curtain for his Private Opera and as a theatrical artist to take part in staging the opera “Windsor pranksters” O. Nikolai. The artist’s relationship with the Private Opera was further strengthened after his wife, N. Zabela became its leading artist.

The theatrical work fully corresponded to the decorative features of his creative manner, and he happily surrendered to it, having completely issued several performances from Mamontov – from making scenery to coming up with costumes. The theatrical echo sounds distinctly in his later work – this, again, we note, responded to the art that distinguished the new art as much as possible to dramatize and carnivalize life.