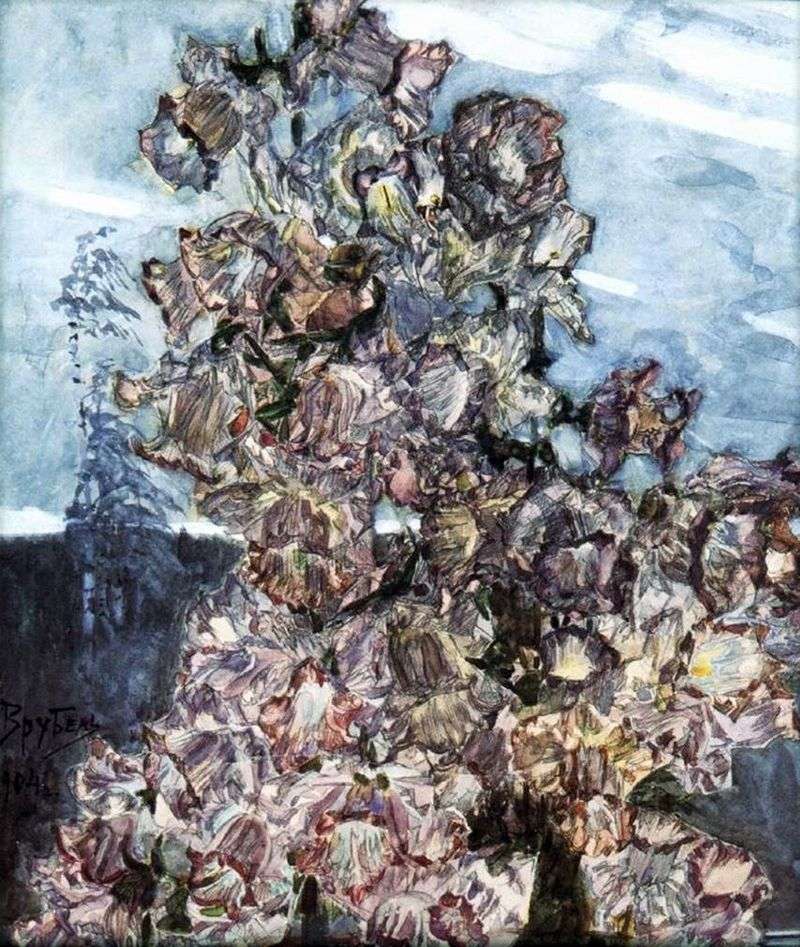 Painfully lonely artist, stretching to the beyond, finds the joy of creativity, when in S. Mamontov’s Abramtsev through his friends and comrades comes in contact with the work of folk artists. This turn of Vrubel reinforces his friendship with A. Rimsky-Korsakov. “The national note,” he writes to his sister, “is so desirable to catch on canvas and in ornament.” And soon after that, having got abroad, he admits: “How much beauty we have in Russia!” and in Torcello – “Torcello… native as is Byzantium.”

This hobby also makes itself felt in his work. It is necessary to compare the earlier picture of Vrubel’s colors, with his Chistyakov’s clear and sober construction of form and space, with later “Wisteria”, almost turned into rhythmic ornamentation, then we will see the long path traversed by the artist. In his decorative works, a calm smooth rhythm, harmony, open colors win; now the ornament is not a withdrawal from the world of objects, but, on the contrary, the affirmation of the agreement of elements, orderly order, the real form of objects. These hobbies helped Vrubel to prove himself in theatrical scenery and in costumes, in sketches of furniture, in ceramics, in dishes, etc.

“Vrubel was amazingly drawing an ornament, never borrowing anywhere, always his own,” wrote K. Korovin, “when he took the paper, then, measuring the size, holding a pencil, or a pen or brush in one hand sideways, in different places of paper put on solid features, constantly connecting in different places, then the whole picture loomed “. In the natural world, the closest analogy to the described process of the appearance of an image from initially disjointed lines and strokes, forming a bizarre ornamental ligature, in which suddenly appearances of familiar objects, are the crystallization of hoar frost on the frost glass.