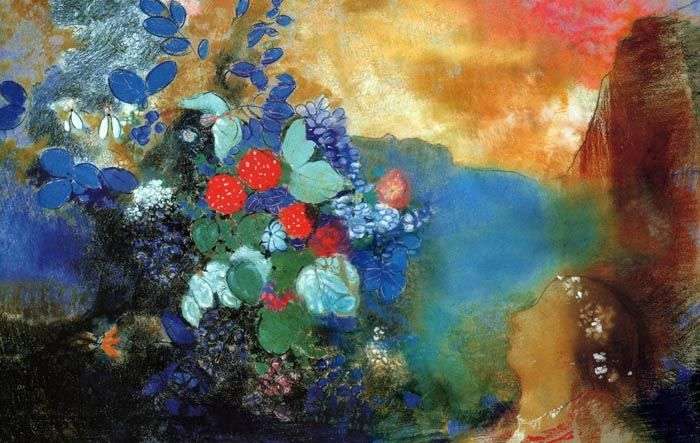 Art critics believe that this mysterious painting “began” as an ordinary flower still life. Ophelia appeared here after flowers were written. The girl’s light profile is so blurred that the viewer cannot even understand if Ophelia is alive or already dead.

But it is in the possibility of ambiguous interpretation that the main charm of the picture lies. In fact, Ophelia among the Flowers should not even be considered as an illustration of the Shakespearean tragedy. And the dreamy, detached Ophelia Redon is not the unhappy, crazy Ophelia of Shakespeare.

It seems that it would not be too bold to assume that “Ophelia among the flowers” is, to some extent, a metaphorical portrait of the author’s soul. Ophelia is immersed in her thoughts – and Redon also all her life was more self-directed than outward; the girl is surrounded by fantastic, fictional flowers – and the artist, too, has always been among the strange, amazing images born by his imagination.

In addition, Ophelia is almost incorporeal here, and that’s what a soul should be.