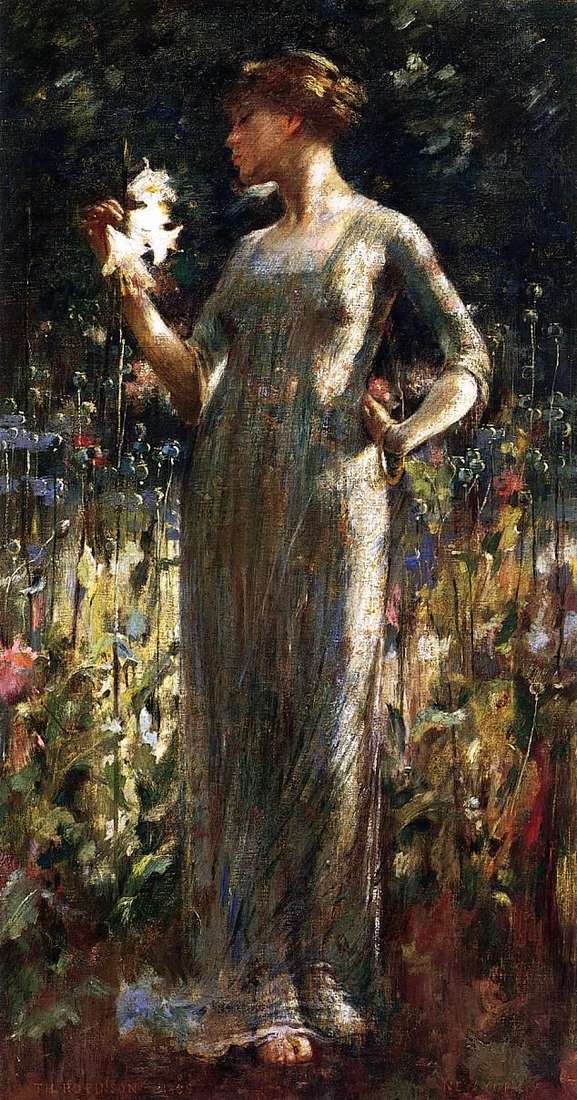 Symbolism became, in fact, one of the first artistic trends in modernist art of the second half of the XIX century. However, the Symbolists showed themselves much more in poetic creativity than in painting. This is especially true of France and Russia. However, there were masters who associated themselves with symbolism in painting, even on a distant American continent. One of them is John White Alexander.

In 1889, he painted a girl with a bouquet of lilies. The symbolist would not be a symbolist if he did not give the picture a second, figurative name – “Daughter of the Night”. This is even somewhat strange, because the cloth itself is saturated with light and color. The girl is in the middle of a field of meadow flowers and lilies in her hand look even some kind of alien body against this background. White, apparently, drew a representative of the indigenous population of America – an Indian.

She is tall, slender, in a dress to the very heels, fitting her elastic, flexible young body. Paints, like in many other types of modernist art, are slightly blurred, as if blurred. The background is not properly painted. The very image of the heroine of the picture as if trembling, floats in the haze of a summer day. And it was burned by the heat – to know, because of this detached expression and a contemplative look at the lilies.