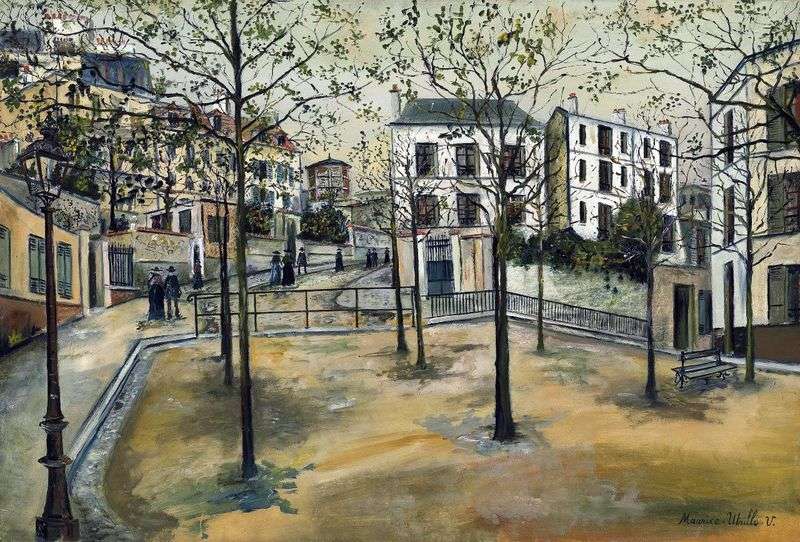 “The period of Montagna” coincided with the years of artistic style, Utrillo. The painter recalled that he began to paint only in order to make a pleasant mother. Suzanne Valadon offered her son a palette consisting of five primary colors – zinc white, two shades of yellow, cinnabar and pink madder. Under the guidance of his mother, Maurice made the first sketches of courtyards, streets, gardens and roofs, which were well visible from the window of their house in Montmagny.

One of the best early works of Utrillo – “The Rooftops of Montmagny”. Soon the artist moved to the workshop in Montmartre, now his palette has become darker – it began to dominate colors such as dark blue, brown and black. It was during this period that he created the “Ravignan Square”. It can be seen that the artist wrote very thick strokes, applying them to the canvas not only with a brush, but with a palette knife.