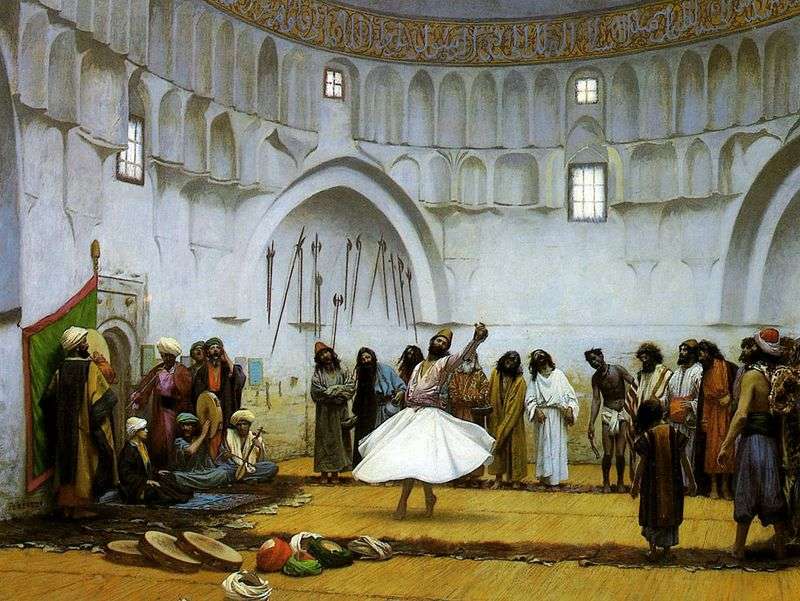 The dervish is the same as the “calandar” or “calender” – a Muslim analogue of a monk, an ascetic, an adherent of Sufism. Dervishes are wandering and living in the abodes under the sheikh – the guardian of order and the charter of the community. The dervishes who lived in the dwellings often wandered, feeding on mundane alms, but periodically returning for joint fasts and prayers.

In some cities of Central Asia, for the dervishes to live, the city authorities for public funds or private donations built khanaka. A distinctive feature of the dervish was the lack of property. Dervish did not have to say, for example, “my shoes” or “my this and that and that” – he should not have property, because everything belongs to God.

If the dervish possessed something, then he was obliged to share it. If the dervish did not live in poverty, he compensated for this with generosity and hospitality, when he was ready to give everything to his guest, leaving nothing for himself or even his family. Sometimes dervishes are considered to be monks – but this is debatable, since the resemblance is purely external, since dervishes could marry, have their own homes and live their own lives. Artist: Jerome Jean Leon